Real. Comforting. Food.
October 28, 2011
6 Comments »
For as long as I can remember I’ve been scared of basements. Scared of the dark corners, creaking floors that tend to be above, bumps, urgs and squeeks that pop up when you’re least suspecting it. But this weekend on a traipse around the time-capsulated town of Port Gamble, I was not only scared of one particular basement of one particular creepy ass old house, but drawn to it for just such reason.
I’m a walking, breathing contradiction – what can I say.
But between the laughs, mustaches*, freakish and abnormally sized maple leaves** and century old cemeteries***, I was able to snap some creepy and not-so creepy photos. 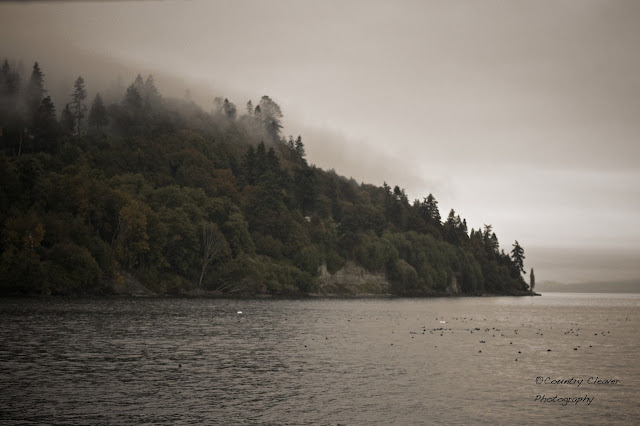 Our day started out to a slightly late start start, enjoying Bloody Rose-mary’s and hollandaise slathered bendicts in Seattle before Jackie, Beka and I hopped a ferry to the Peninsula of our great state. I live in Washington if you weren’t quite sure.
Destination : Port Gamble.
The tiny town, with a population of 72 held our attention the entire day, snapping photos, making funnies and generally creating chaos that only three 20-something girls can cause.
The main subject of my photos revolved around a house for lease, known as the Walker-Ames House. Walking around it gave off a chilling vibe, perhaps one of old times and over a century’s worth of families residing in and doing business out of the building.
Even 100 years later it was impeccably detailed, only the priciest of mansions today could compete. Maybe it’s the old-school charm and historic nature that elevates and skews it worth to me, but so be it – I’ll never own a house to this degree, so I’ll admire those when I can. 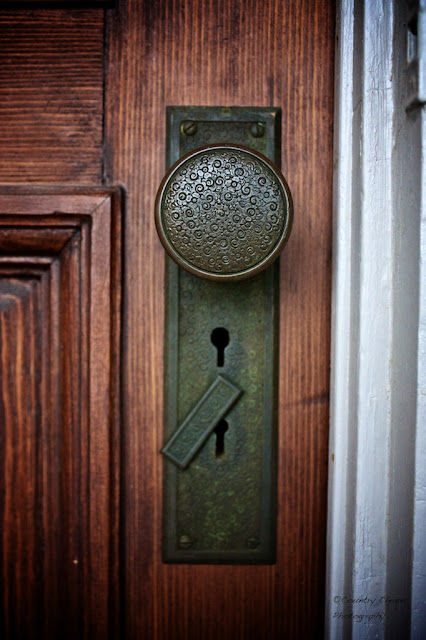 The doorknobs, beautifully tarnished and immeasurably detailed. 100 years ago they could perform these intricacies on metal without machinery? For a pretty penny, I’m sure. 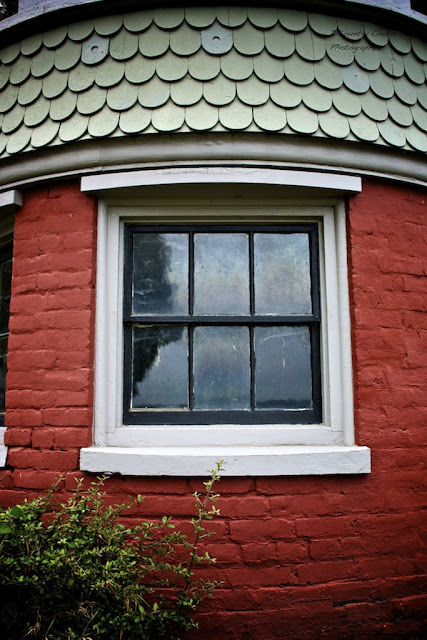 The foundation of the house was painted the truest red with white sills and swirled, ancient glass to match. 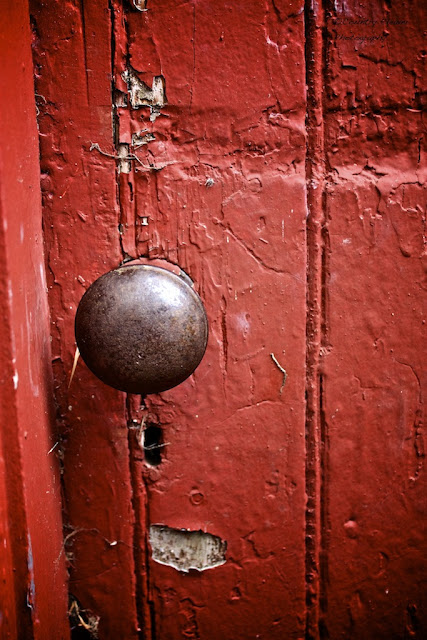 The basement door yielded simplistic and to which behind lay a secret and other wordly place. 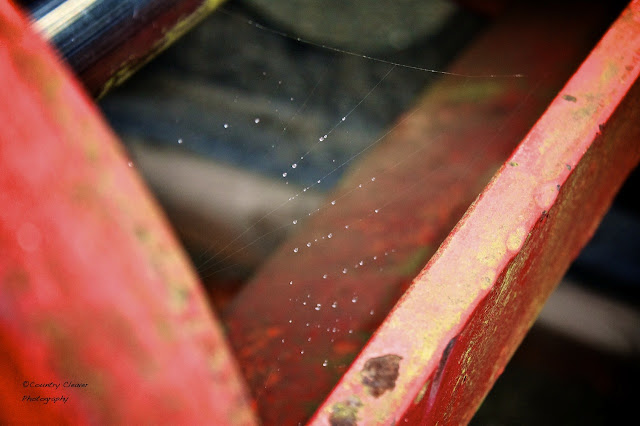 Machinery lay nearby, giving us a peek into the world world of Port Gamble – a form company logging town, one of the oldest in Washington. 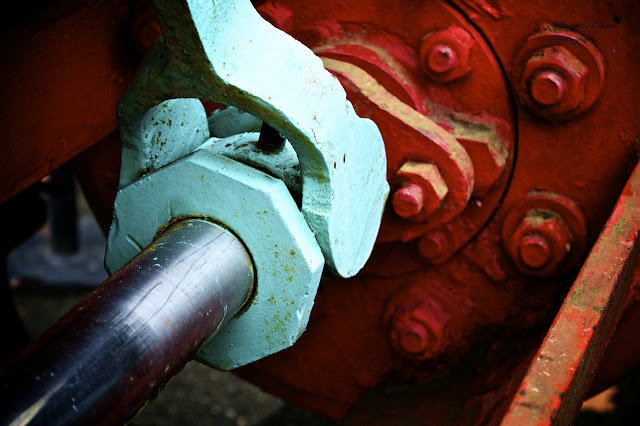 But despite the history, and my love of logging lore, I was still drawn to the house up on the hill.
And into the basement I saw, a lone lightbulb. The windows were old, swirled and swayed – nothing we would see today, lending the perfect texture to the photograph and an aura of eerie. 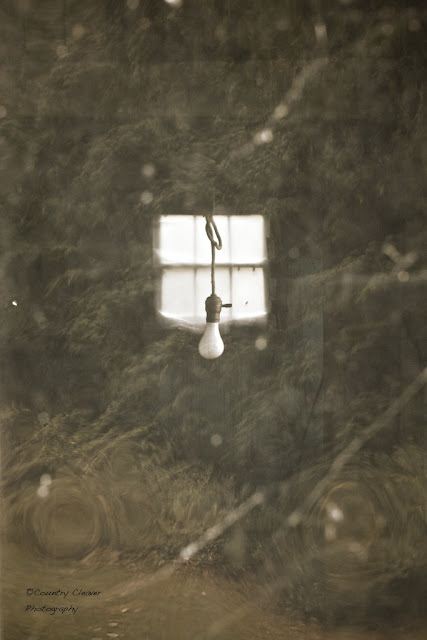 (The swirls were created by the glass, peering through the window.)
But once I peered closer and was shadowed by Jackie with a jacket behind me to drown out the glare, I saw closer in…and this is the result. 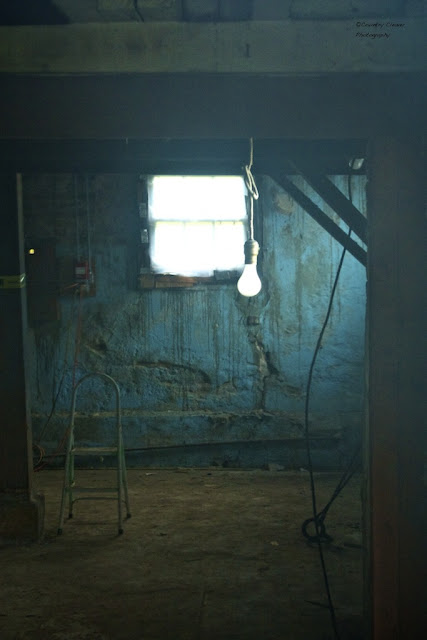 The Walter-Ames House has a hair-raising history. It’s been searched, trawled, and analyzed by mediums and humans alike to discover all of the history, tales and lore it has to offer. One of the most chilling being this one here. *Read only if you dare*
Does the stool in the pictures look familiar? Yeah, I thought so.
Sleep tight y’all!
*runs away screaming in fear*
(More Pictures to follow)
*Mustaches : Example A 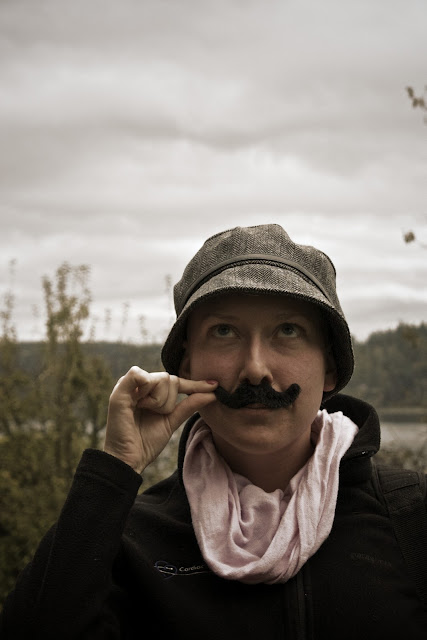 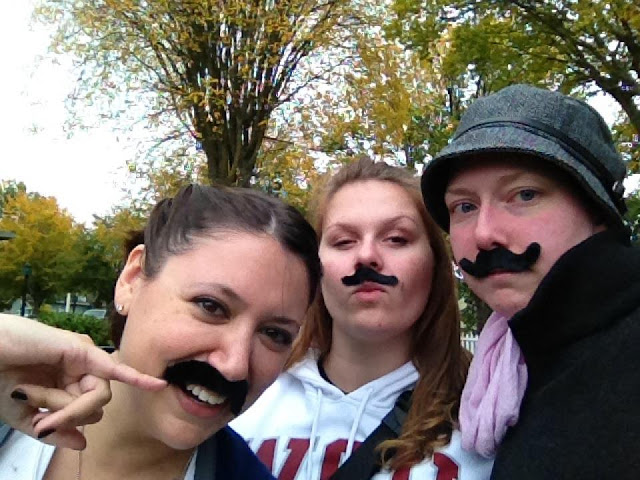 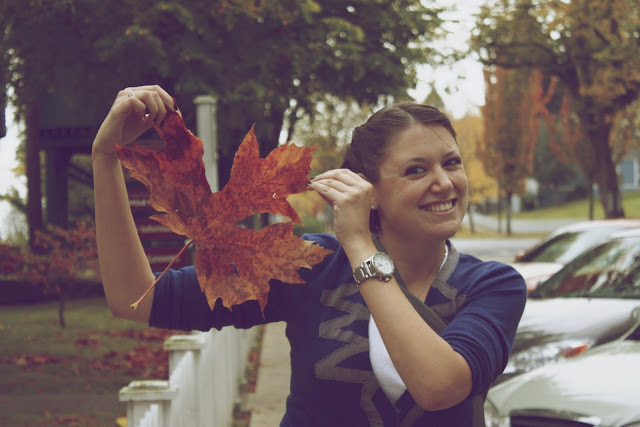 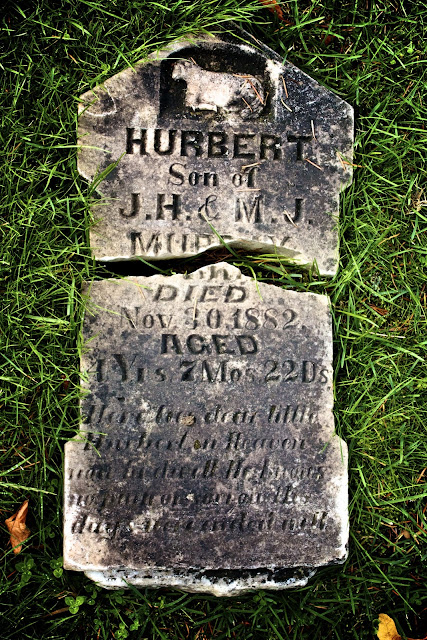 I cried.
*Author’s Note: The photographs are my own. I respect that it may be easy to save them and print them on your own. But they are copyrighted and use of them is prohibited without my knowledge and consent. If you wish to use them, please send me an e-mail and we can discuss their use or purchase.  Thanks for your cooperation.
[email protected]
~Megan aka Country Cleaver

6 comments on “Creeped the ‘Eff Out! – Small Town Creepiness”