Real. Comforting. Food.
September 28, 2011
4 Comments »
How about a recipe throwback to the days of your childhood when fish sticks were the epitome of culinary excellence. Or was that just me that loved a good fish stick sammie and tartar? No? 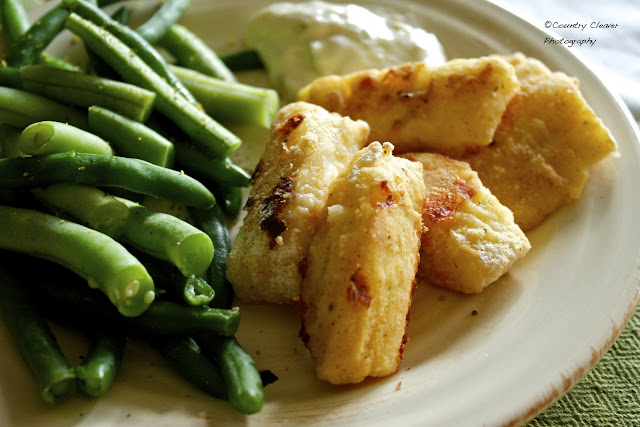 Traditionally laden in fat when fried and chock full of preservatives and fish pieces you don’t want to know about – let’s make something family and actually child friendly, shall we?
To start, preheat your oven to 400 degrees.
Now, with these I went with doctoring up a basic boxed all-purpose batter mix. Convenience doesn’t have to be bad for you and the dry batter I chose already came with the perfect proportions of flour, salt and baking powder. Fabulous!
To the mix I added,
~ 1/4 tsp Dill Weed
~ 1/2 tsp Garlic Salt
~ 1/4 tsp Black Pepper
~ 1/3 tsp Paprika
Nothing wrong with a little zest wouldn’t ya say?
For the rest of these fish sticks you will need,
~3/4 pound, Cod fillet
~ 1/2 cup All Purpose Batter Mix
~ PAM, or other non-stick spray
~ 1/2 cup Milk
~ 1/2 tsp Vinegar
~ Non-stick Baking Sheet 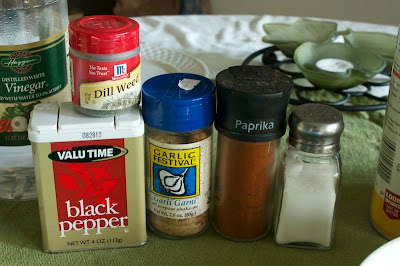 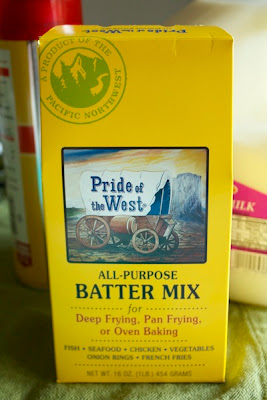 In a shallow bowl, all of the extra spices were whisked into the dry batter and set aside. 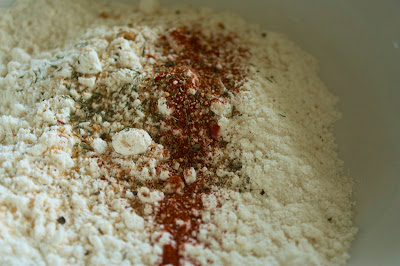 Since there was a lack of buttermilk around the house, I decided to make a quick mock-sour-milk mixture by stirring 1/2 tsp of vinegar into the milk used for dipping the cod pieces into. Into another shallow bowl the two were whisked together and set aside just like the batter mixture. 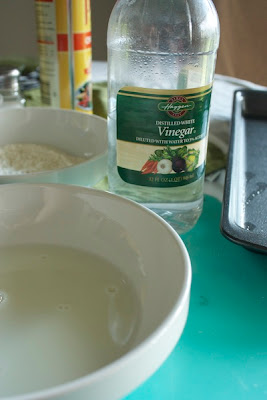 For the cod fish, the fillet was sliced into 1″ by 2″ pieces. If you prefer longer sticks, that’s kosh – just make sure there are fairly uniform so some don’t get over done and others underdone whilst in the oven baking away. 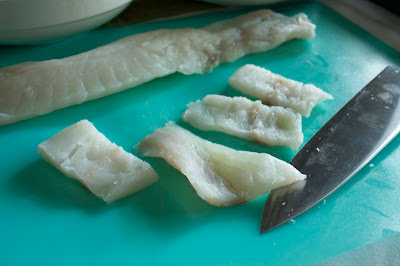 And now with all of the pieces ready, it’s time to batter and bake!
Into the milk each piece went.
After sitting in there and becoming perfectly saturated in awesomeness, they were each gently shaken of the excess moisture and laid into the dry batter until caked in wonder and soon-to-be-golden-brown-deliciousness. 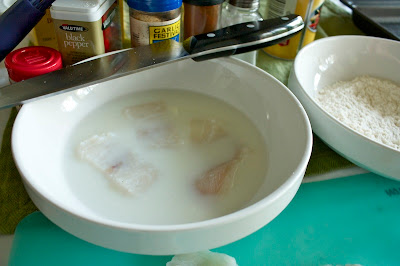 The non-stick pan was sprayed with Pam to ensure minimal sticking, and after each fish stick was battered and laid out – they were all sprayed with Pam again.
These may not be traditionally fried – but the Pam will yield a nice crisp coating sans the guilt of the pre-packed crap or deep fried cousin that waltzed by a fish but could hardly be considered fish at all. 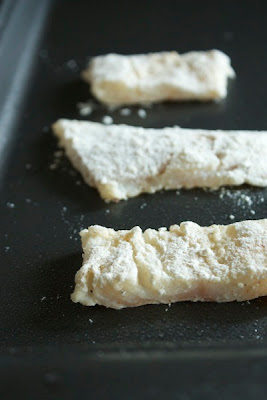 After 10 minutes in the oven, they were flipped and baked an additional 6 minutes.
Presto!
Guilt-free fish sticks you’d be happy to serve your kids and yourself. 25 minutes prep to plate. Looks like you better grab yourself some cod fish on your next shopping trip, eh?
So, what’s your favorite childhood recipe throwback? Fishsticks? Mac n’ Cheese from a box? Hotdog?
I gotta know!
Printer Friendly Recipe