Real. Comforting. Food.
September 22, 2011
9 Comments »
Is it just me or do baking mishaps come in pairs? Because apparently, I’m a roll… All is right in the world now, another crisis baking situation having been remedied and my credibility as a somewhat decent home baker gone out the window. Either way, these are fabulous – disastrous, yet ooey and gooey or fixed, golden brown brownie-cookie hybrid. It’s a win either way because, who are we kidding, if its got Nutella it is a win regardless.
The original recipe I was going to create was from Ms. Dara from Cookin’ Canuck, for Cream Cheese Nutella Swirled Blondies. Fabulous, right? I know!
After resourcing the necessary ingredients and resisting the urge to dunk a spoon into Nutella again and again, I was ready to go!
Nutella Blondish Brookies require,
~ 1 1/2 cup AP Flour
~ 1 tsp Baking Powder
~ 1/2 tsp Salt
~ 3/4 cup, Butter – melted and cooled
~ 1 1/2 cups Brown Sugar
~ 2 large eggs
~ 4 tsp Vanilla
~ 3/4 cups Chocolate Chips (I was too lazy to run to the store for the White Chocolate version, I used Semi Sweets instead)
~ 4 ounces Cream Cheese
~ 3/4 cup Nutella
~ 1 egg yolk 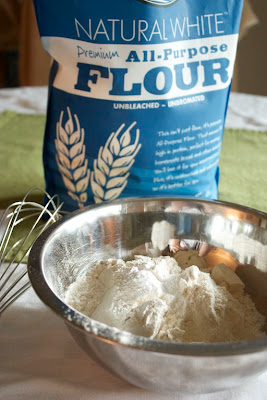 After heating up my completely worthless oven to 350(ish) degrees, each piece of this recipe was handled with all necessary care…actually, half of the time I was on the phone attempting to multi-task and it wasn’t working at all for either these “brookies” or my poor friend Kandace who probably just heard my incessant “Yeahs”, “Uh huhs” and “Sure things”…Sorry honey, I was really trying – I blame the baking, the conversation was great!
The first bowl of flour, baking soda, and salt was whisked together and set aside. Next was the whipping into submission of the brown sugar, butter, eggs, and aroma-theraputic vanilla. 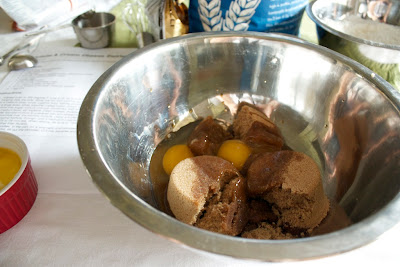 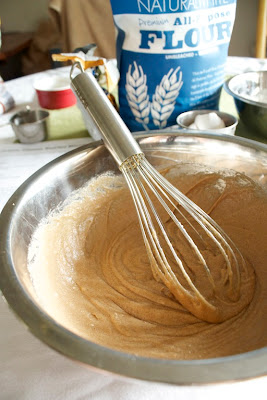 After the whipping up of the sinfully sugary beauty, it only got better with the addition of a mound of semi-sweet chocolate chips. I’m a die hard semi-sweet chocolate fan. Milk chocolate isn’t cocoa-y enough – reminding me of fake Palmer chocolate bunnies at Easter, but bittersweet is just a bit too much in a baked dessert. Semi provide me the perfect balance. 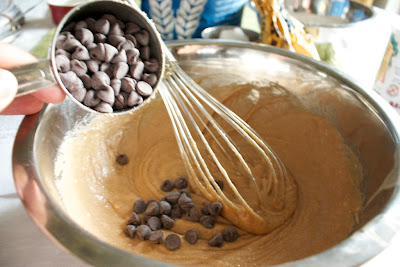 In the last small bowl, the cream cheese, Nutella and egg were beat into velvet chocolate submission. 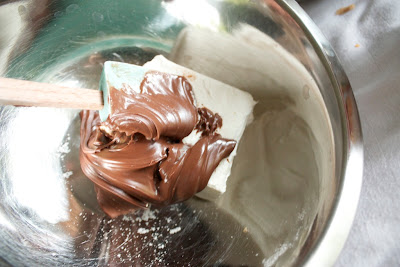 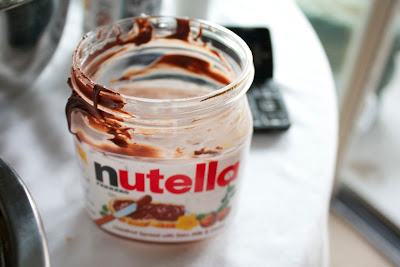 It’s an empty jar of Nutella…my hear is simultaneously crying and joyful inside. On one hand it’s an EMPTY JAR OF NUTELLA *weeps silently to myself* and on the other at least this solider met a noble baked demise. 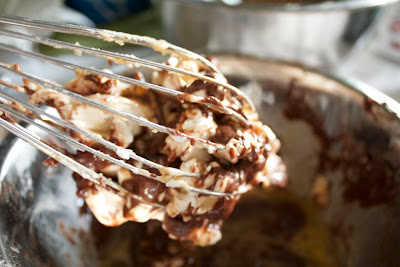 Submission of the finest kind.
After all three pieces were prepared, the sugar/butter mixture was whisked together with the flours and poured into a 9×9 lined baking dish. And here I made my mistake – 9×13 was called for. Whoopsie.
The Nutella mixture was dolloped over and swirled in, joining the delicious concoctions together. 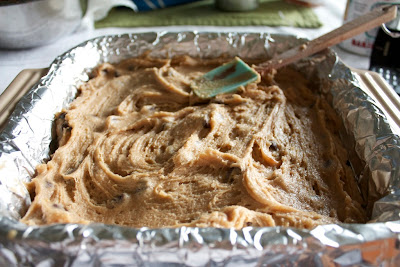 The whole gooey mass was baked for 30 minutes. Then another 10…and still a bit under done in the middle.
So, what did Megan do at 5:15 this morning? Cut them up into squares and baked the ooey gooey pieces again. 15 minutes and they were good to go, not all in “brownie” form, more like “brookies”, but as long as they are epically delicious what do we care?
Go forth and make these – just don’t repeat my mistakes, like making them in a 9×9 when clearly the 9×13 was absolutely necessary. Last time I try to make super huge and thick brownies…
Nutella Swirled Blondish Brownies 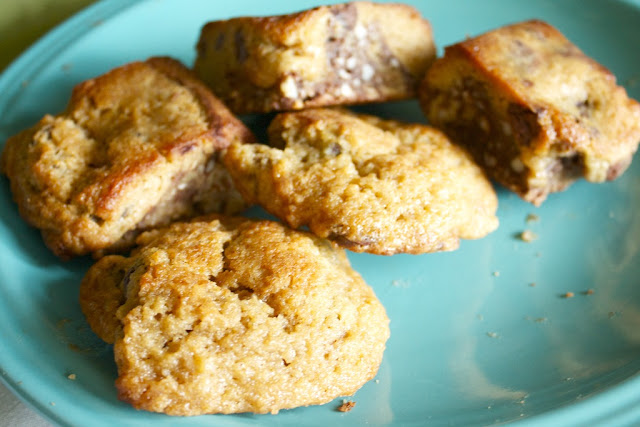