Real. Comforting. Food.
June 2, 2011
4 Comments »
Last Saturday was Ben’s birthday, 28th to be exact. One year closer to 30. But who am I to make fun, because this year I’ll be turning 26, officially past my mid-20’s. Dang.  Moving on!
This adventure took some careful planning between my fabulous friends, Jackie, Nick and Beka. There were even “Ben’s Birthday 2011” T-shirts made! They took hours, ruined my iron, and I may have cried a bit over them. They took so long I didn’t get to make Ben a birthday cake! What kind of fiancee am I?
But I digress. 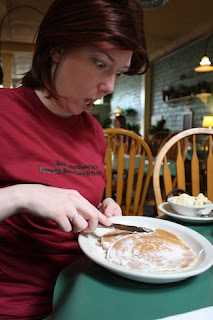 Originally the plan was to wake up way to early as is reason for a Sunday of a long weekend and head to Mt. Rainier to get some good clean air and crack a Rainier beer or two. (Rainier beer seemed appropriate) But, the brilliant plan went to h-e-double hockey sticks in a handbasket when we found out the night before there was still fifteen feet of snow up at the visitor’s center. Pass!
Instead, we stopped for a hearty breakfast, and a Bloody Mary to start the day. Beka enjoyed some epic pancakes, as evidenced by her astonished expression.
After breakfast it was time to hop the ferry over to the Peninsula to glorious Port Townsend and Fort Worden. 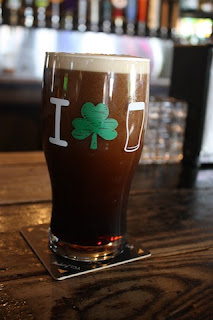 But while waiting for the ferry – another beer needed to be had. Guiness at 11 on a Sunday wasn’t my cup of tea…clearly it was Ben’s. I stuck with something a little lighter, but the ferry showed up a bit too early and had to coax Ben into finishing it. You don’t leave a solider behind. Even a beer one at that. 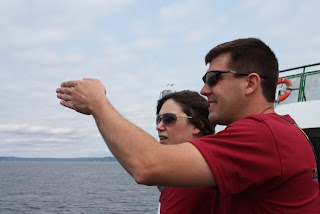 Nick went all engi-nerd/sailing-geek on us explaining who knows what about sailing and currents. But we heart him anyway.  The captain even had some fun honking the horn making us all but jump overboard. He thought it was pretty funny… My heart didn’t think so after it went into premature ventricular contraction. (It skipped a beat, get it?)
When we and our skipping hearts made it to shore it was off to Port Townsend, boy was it fantastic. If you are ever in Washington and need a day trip – make this it. Pedestrian and incredibly dog friendly – it was a win! 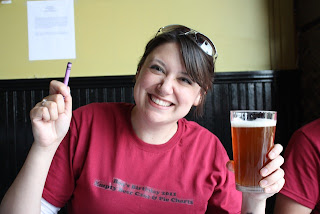 The restaurants were just plain yummy. Between a good beer, 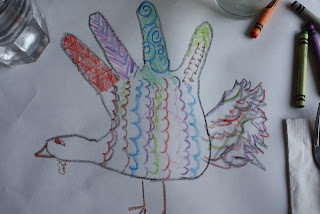 crayons on the table and 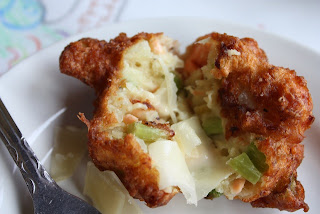 Salmon fritters to eat, this was on it’s way to being an epic day.
Fort Worden called our names and we finally got to really put our walking feet and jiggling overstuffed bodies to the test. 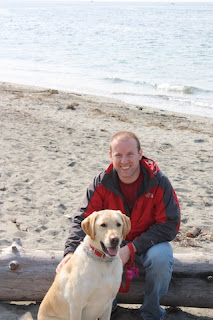 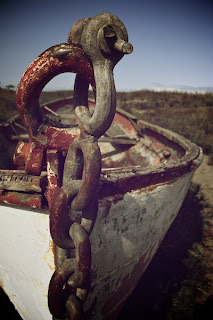 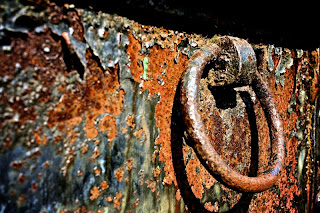 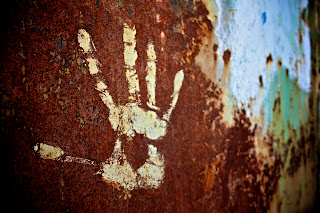 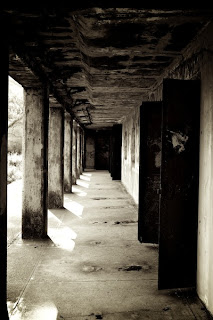 It a military-ghost-town, turned state park and camping haven. Creaking metal doors, concrete barricades, rusting metal and shadows galore. Never would I want to be there at night. I’m a woos like that, not ashamed to admit it.
By the end of the days adventure, all of the fresh salt air sapped the energy out of us all – leading us to… 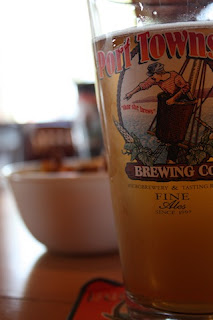 have one last beer before heading home.
Ben’s Birthday 2011 was an epic success, to which none of us have fully recovered. Getting home at 11pm is just too late for us old folks…but it was more than worth it.