Real. Comforting. Food.
May 24, 2011
4 Comments »
Start with said chopping block. Nice, round, not to many knots. Ideally we’d break out a wet fresh block  but the group needed to chop some wood so we got down with what Dustin lopped off a log with the trusty Stihl chainsaw. 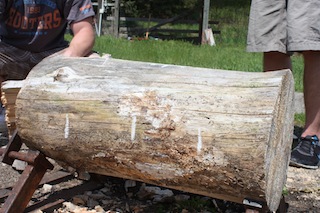 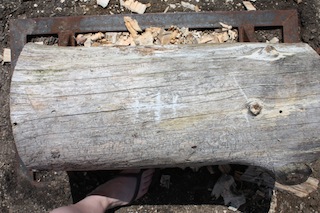 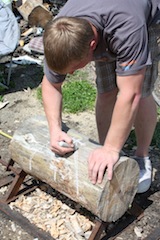 Next is a little game of connect the dots, where you form some graceful lines to guide you on your loft chopping quest. Dustin’s artistic he is. 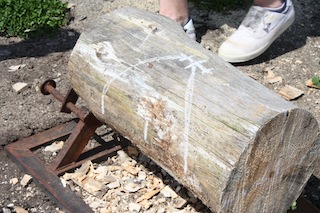 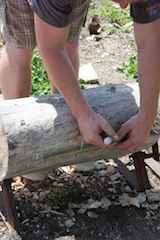 Here Dustin duplicates the marks on the opposite side of the block, the same way as he did on the other side. 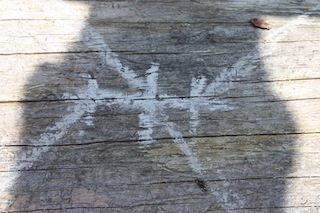 Here is where you see that offset. You offset these bad boys to get a good angle and don’t “wood out” when you’re ready to break your block.  This will eliminate extra chops and work on your park. Cause really, who wants to work more than you have to? 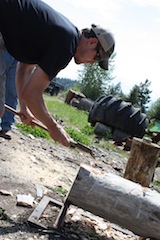 When you’re lines are all in, you gotta make yourself a place to stand. Heath here got put to work with making himself some level food holds. 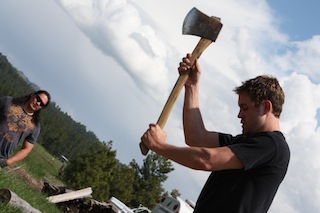 After that back breaking tedious exercise, he got to work on his very first block. 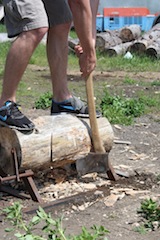 He did, quite simply put, awesome. 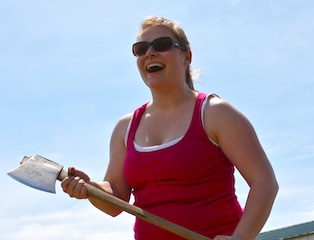 Next Julie and I (that’s me up there) worked on our first block in 3+ years. After hurting my back a few years ago, I was quite nervous to get back up on the proverbial horse. Jittery hands, nervous tummy, felt like a competition! 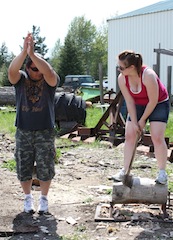 But with the help of Junior – I found my swing again.
Junior is a phenomenal logger. He’s a finalist in the Stihl Series, where he’ll be competing with 19 other top competitors later this year. This ain’t his first rodeo.
Click here for a video of Junior and his badass-edness. 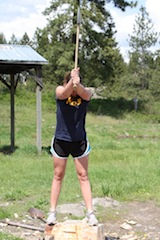 Julie and I split the first block. Neither of us had been on a block for years, so we didn’t want to push it. Ben also threatened to not visit me if I ended up back in the hospital – so I took is easy. 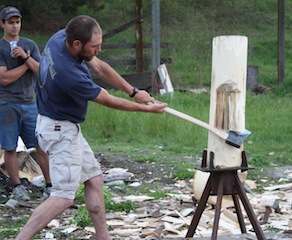 Here is a great Vertical chop by Hoberg, one of University of Montana’s Logging compatriots. This is one fun block to chop.
It sure was a pretty splendid way to spend the weekend. Next in the “most-manly-vacation-ever/logger sports reunion” series – deep frying EVERYTHING! Our hearts were beating a little slower by the end of the weekend…
In other news – don’t forget to enter the Summer’s on the Horizon giveaway!

4 comments on “How to…Measure a Chopping Block”