Whew, does that feel good to get off my chest. It’s officially 5 Fridays until the Royal Wedding and I am in full swing and dribbling with royal wedding fever. Ever since puberty hit and I first actually noticed a boy, I had my eye on Prince William. C’mon, how could you not? Besides all of the obvious “every girl grows up wanting to be a princess” stuff, he had the blue eyes, good looks and compassion of Diana and the stand-tallishness, propriety and polo-fever of his father. Perfect man.

It may have taken years to accept, but I am now “okay” giving up my hopes and dreams of becoming a princess – instead becoming a country-esque and soon to be working wifey of a country farm boy who I dragged over to the big city to pursue nursing school. I think it’s a fair trade. At least this way, there is no incessant need to be on my A-game constantly, always done-up and hounded every day for the rest of my life. Really, I love my sweatshirts, muddy boots and jeans to much to give them up for anyone, even England.
But as we as a collective royal nerds wait in anticipation of The Big Day, I wanted to do a bit of a countdown. This countdown will be a once weekly series, on Fridays, culminating in a final dish on the wedding day itself. So today, I begin my series with…
Crumpets!
How predictably and traditionally English! Now trust me, there is no knockin’ tradition. The best equation I can come up with is a cross between a pancake and an English muffin. Either way, it’s fun and delicious.
The recipe I used was from some English food recipe, that of course I can’t find now – but I’m sad to inform you after all of this hype – that mine didn’t turn out as well as hoped. Dang you yeast!! Again, my yeast did not provide me with the required respect that I gave to it -but hey it was still fun and things never go as planned, especially when you’re under a time crunch. 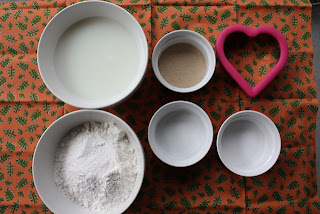 Here it is with the 8 ounces of flour (by weight), 1 teaspoon of salt, 1 teaspoon sugar, 1 cup milk, 2 ounces water, 1 tablespoon yeast, Pam for spraying your pan and cookie cutters for shaping crumpets. 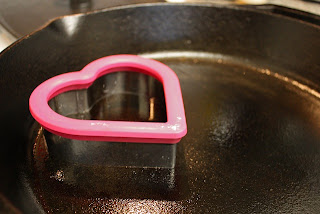 I chose to utilize my heart shaped cookie cutter for this exercise. How precious? 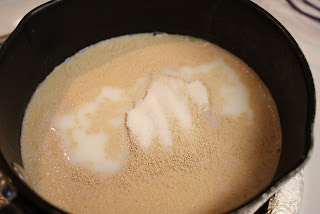 After pour the yeast and sugar into the warmed water and milk mixture, I let it set for 15 minutes. Alas, the yeast did not activate. Argh!! 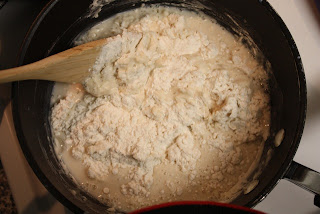 After it rose again with the flour and salt now added in – it sat there for an hour minimally bubbling and only further aggrivating me. Much like my friend Haley had earlier this week with her mini-melt down – I felt the same with this. 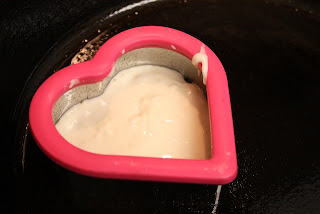 But I chose to attempt it all the same. After lightly frying these little babies – and there being a lack of large bubbles and crevases being formed – they still turned out pretty tasty topped with jam. 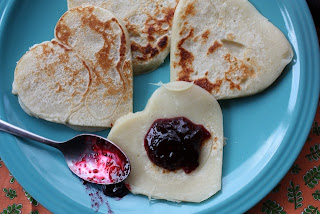 I guess it’s out with the old yeast and in with the new. Determination will be key in this endeavor – please send your extra patience my way. I’m plum out.

10 comments on “My Name is Megan – And I’m a Royal Wedding-oholic.”