Seattle has been absolutely gorgeous the last three days. Three days!! It’s never consistently sunny in Seattle in mid-March, this was clearly a sign to get the heck out of the house and go play. After Saturday’s Blackberry Grand Marnier jam-session (Ha! Get it?), I had a little cabin fever and needed to take the pup for a romp at the park. My college buddy Nick was visiting from Boise along with his new bundle of wild Labra-dork love, Sam – and a puppy play-date was set. Wow, I’m such a dog-mom.

Huck and I loaded up and headed out to the dog park with the camera in tow. This being the first time I’d met Sam Seaborn Farley (Gawd, I hope someone out there gets the West Wing reference), it had to be captured on camera. Oh my, is this kid is an adorable, squishy faced little fur seal.  Oh the days when Huck was this adorable. Okay, he’s still adorable – he’s just no longer a puppy. 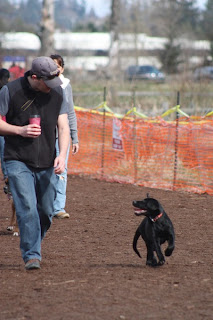 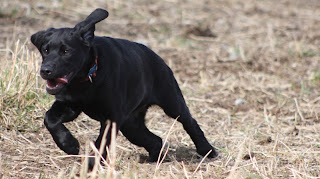 Gosh was he ever full of energy. 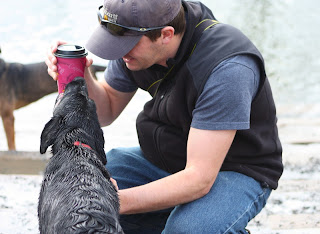 But just when he was getting tired, he’d go after Farley’s coffee.
Just like his pops, he appreciates a good cup o’ Seattle joe. 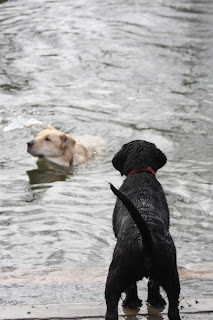 Despite his young tender age of 12 weeks, he’s taken to the water like a duck, Labrador…or fur seal. 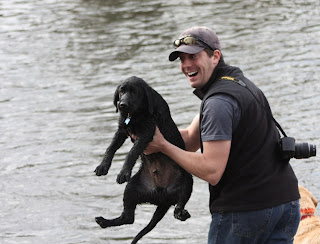 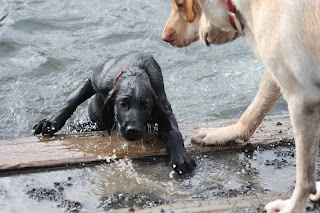 See the fur-seal resemblance? Huck dutifully stands over taunting the poor baby. When Huck was a baby and learning to swim, I so unkindly threw his puppy butt into the water. He was bound to figure it out one way or anther. I just didn’t throw him in somewhere too deep to where I couldn’t go after him myself. (I’m not cruel!) 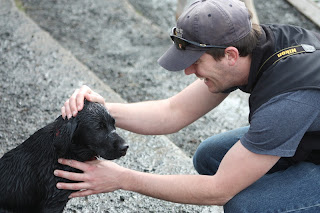 This is a classic example of the I.Hate.My.Dad. look. 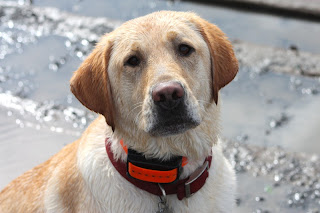 This is my goobery kid here, my Huckleberry.
You can almost read his expression, “Ma, quit with the picture taking and throw that ball into the water!! I’m getting old here!”
He’s only three, he thinks he old. Precious. 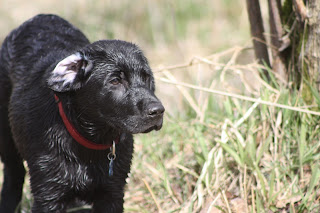 By the end of their swim-time, run-time, fetching-time, romping-time, we were all ready to go home. 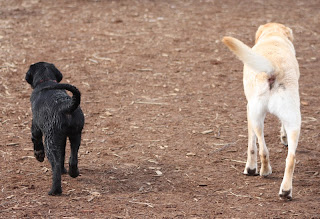 And so, the Two Labra-dorks went to the park, and became puppy-besties.
In the time since then – Huck has sprained his puppy tail. This sad hanging life-less wag-less tail, is not my happy pups’ tail. Hopefully it will return in a couple of days, but in the mean time I’ll finish this post and cuddle with my widdle squishy sleeping pupper face.

5 comments on “Two Labra-dorks Go to the Park….”