In case you didn’t know, Huck and I made the trek to Montana this last weekend. It was a long drive, but well worth the 10 hours each way. With over 200 pictures from the weekend, I’ll only have enough time to share a few of them with you, but rest assured the remaining photos will be posted on my Wanna Be A Country Cleaver Facebook page! What kind of blogger would I be if I left you wanting? 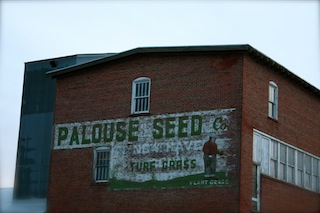 Friday early morning, I left Fairfield after spending Thursday touring venues with Ben’s madre and sister. I love that town. Not a stop light to be found. 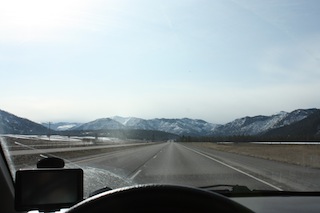 It took about 5 hours to make it to Helena, where Larissa’s place was. But dang it was a gorgeous drive. 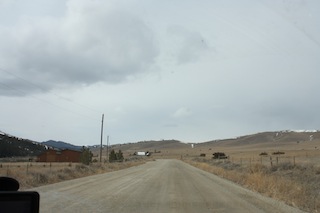 You know you’re in the country when you hit that dirt road. Every possible weight lifted off my shoulders when I hit this road. I have determined that my stress level is directly proportionate to the distance I am away from the city. The further away I am, the less stressed I am. It’s a beautiful thing.
The only part of the drive I couldn’t complete was the last leg of Larissa’s drive way. As we got up the mountain it go progressively more muddy with the warm weather melting the leftover snow. Even she had to throw her pickup into 4 wheel drive, but my Civic was an absolute champ. Front wheel drive baby, yeah! 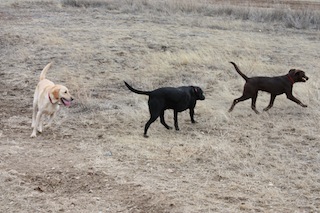 After so much time in the car, Huck was in desperate need to release some energy. How perfect that there were two other ridiculously adorable labra-dorks there. The black lab is Boone, with Crockett being the chocolate on the right. He’s 6 months old and he’s already a beast. It was a wild jumble of labrador love. 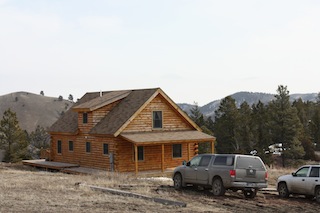 Not a bad weekend home, huh? 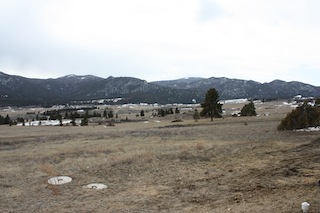 And an even better view! 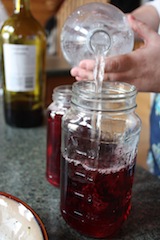 Whilst the puppers tuckered eachother out, Larissa poured me a wine spritzer. How pretty is that?!
And incase I didn’t mention yet – Larissa and I met through Logger Sports back in college. Sam and I also met through the Logger Sports group as well, talk about a pair of awesome chicks. Between the three of us there were six puppers – we are the Montana equivalent of Cat-Women – just Dog-women. 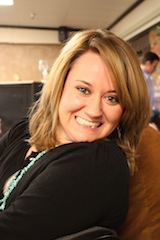 After our dogs were run until they couldn’t run anymore, we loaded up all six puppers into the pickup and got to gettin’ to the PW book signing. Wow, there were a lot lot lot of people there! Last year she made an appearance in Seattle, where I waited four hours to get my book signed. This time, we RAN down the stairs and only had to wait 20 minutes. We were not above shoving little old ladies out of our way. I’m KIDDING!! 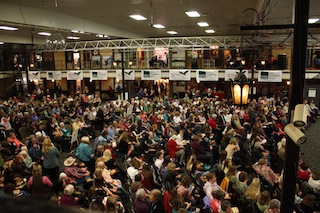 Her speech was lovely, her photos were great, and her sense of humor was top notch. I expected nothing less. She just plain rocks. 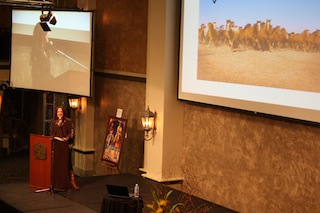 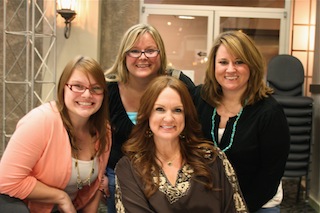 Oh Ree, how I longed to just give you a big giant Hug!! 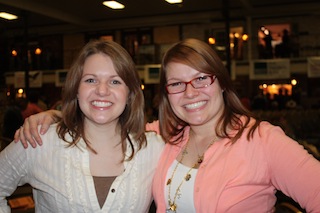 And guess who else I met?! HALEY!! Haley from The Girly Girl Cooks and I became blogging buddies last year through Tasty Kitchen, sharing recipes and gabbing through Facebook, Twitter and our blogs for nearly a year. And gosh is this girl ever fantastic! Just today she found out she is Tasty Kitchen’s Featured Member of the Week – talk about sensational!
But after such a monumentally kick butt weekend, it had to come to a close. Sunday morning I loaded everything up, headed down the mountain, through the woods, over five mountain passes and made it back to Seattle…. to traffic. 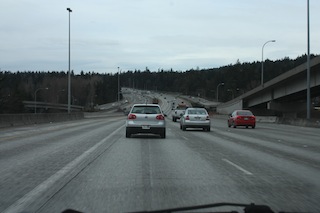 Remember when I mentioned that my stress level was directly proportionate to my distance away from the city? Guess how much I longed to be,

here.
At least here, in the city of endless concrete and traffic was 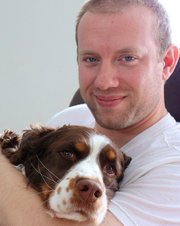 this guy.
It made it all okay.