Real. Comforting. Food.
March 3, 2011
6 Comments »
We finally got that darn Christmas turkey out of our freezer! Only, to fill that empty void up with more stuff like a Costco bag full of chicken – but that’s beside the point. After searching the internet for “How to Brine a Turkey”, I was directed to Ms. Jaden at Savory Sweet Life and boy was it perfect!
The brine was aromatic and savory, and after a two day brine it was ready to go!
For the turkey itself, I used America’s Test Kitchen directions, stuffing the bird with fresh chopped veggies and roasting it just like I roasted that first-time roast chicken. 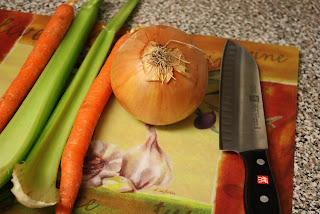 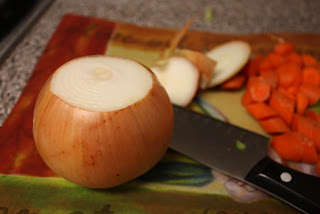 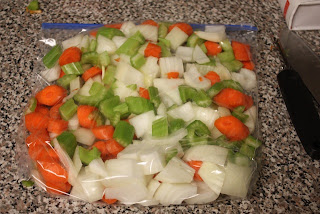 But since these bad boys typically take a while to cook, I had to have Ben start workin’ on the bird before I made it home from work. It was a useful study break for him too, so I didn’t feel too guilty asking him to take 15 minutes away from the books. I pre-chopped the veggies for him, firstly because I didn’t want him to take a half hour of him time doing it (he’s so slow!) and secondly, because I hate watching him use my nice knives. Proper knife technique is Important, and sorry – but those knives need to last! Anywho, back to the bird. 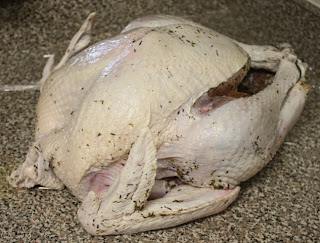 Here’s the 19 pound beast of a bird, brined, dried and almost ready to go. One thing Ben passed over in my directions, was to rinse the bird before patting it dry to remove excess salt on the skin. Oh well, cie la vie – he tried.
(Oh, and don’t worry – the bird IS sitting on a sanitized counter that’s been covered with plastic wrap.) 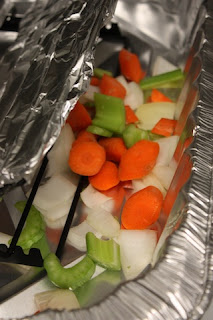 While the oven was pre-heating to 400, Ben buttered the bird and I dumped the other half of the chopped veggies into the bottom of the roasting pan – as per America’s Test Kitchen’s instructions. 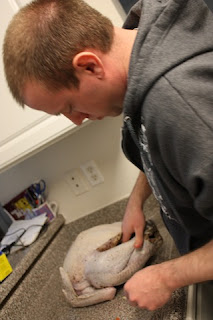 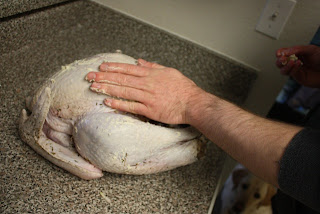 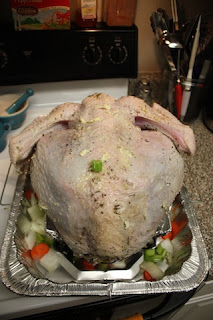 Look at that bad boy. Or girl, I don’t want to offend the turkey with gender misrepresentation. 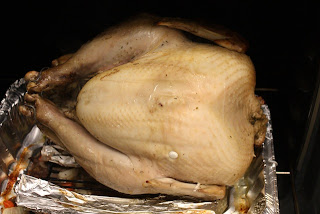 After 45 minutes with the boob-side down, I flipped him/her onto its wing side and roasted for 15 minutes. 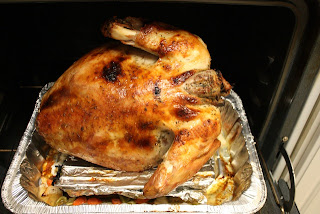 Repeat the flipping onto the other wing for another 15 minutes. And then lastly go boob-side up for the last 45 minutes. 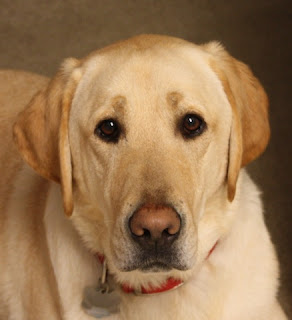 Huck, as per us waited ever-so patiently for something tasty to fall. His little eye brows were twitching away. 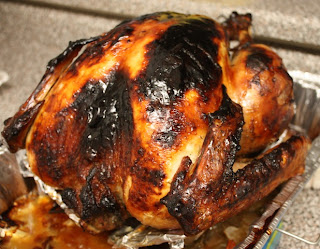 With my handy dandy outside the oven thermometer, I made sure he/she was up to temp. Another after the fact lesson, was to let the bird sit out for about 1 hour to take the chill off the bones. This turkey required about 15 extra minutes to get up to 165 in the boob and 175 on the thigh.
Those “pop-up turkey’s done” meters are not nearly reliable enough. The glue in the mechanism does not always release when it comes to temperature, leaving your turkey to get over done and dry. If there isn’t sufficient glue in there, your turkey might be under done – I just plain don’t trust ’em! 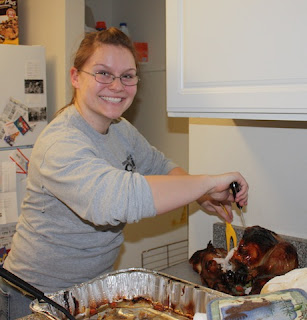 But finally – after the required 30 minutes waiting time I set about carving up that bird. 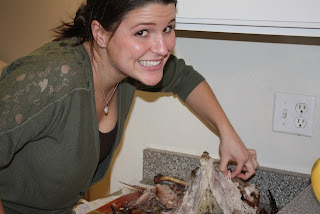 And Ms. Kandace couldn’t resist digging in either. It was pretty darn tasty.
Not a bad day for a long over due turkey cooking project, and talk about a real sense of empowerment – we conquered the beast!