Now that a couple of weeks have passed, I can finally open up and talk about the angst and turmoil I suffered at the hands of my semi-failed attempted at The Pops. Cake pops seem to have taken over the baking world, becoming the new cupcake-craze. Any why not? They sound simple enough, they’re adorable mashed up cake and frosting coated in chocolate – you really can’t seemingly go wrong.

But despite the simplest of instructions, they can go hay-wire quickly. 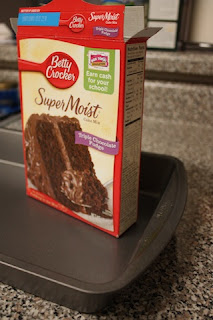 I prepped the cake according to the package directions, opting for a Triple Chocolate Fudge mix. C’mon,  how could any PMS-ing chocolate loving girl refuse this?! 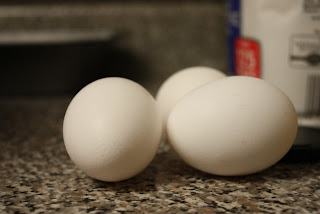 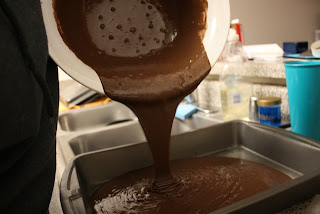 Dumped it into a pan and baked as per the instructions. 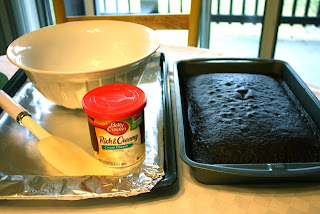 After it was sufficiently cooked I got to work with the canned cream cheese frosting, foiled sheet pan, bowl and scrapper. 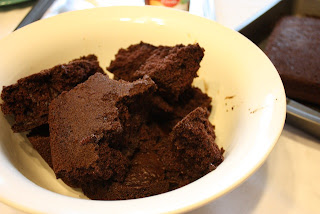 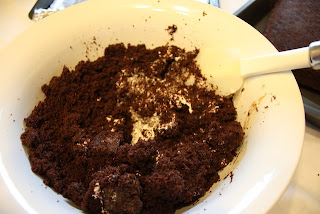 Crumble and mix in the fattening frosting goodness. 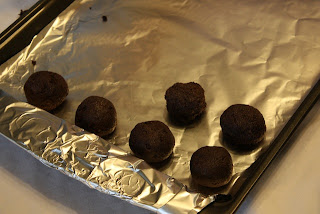 I may or may not have eaten on of them, just to ya know – do some quality control. 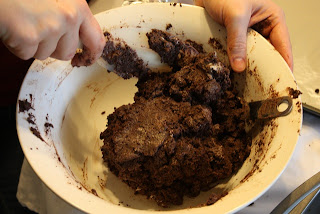 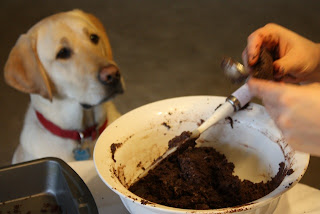 And as per usual, I had the keeper of the carpet sitting right next to me protecting the floor from crumblings pieces. So diligent he is… 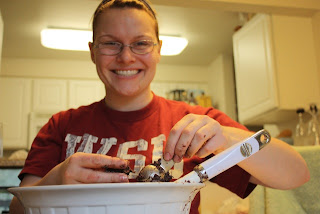 Photo credits go to my hunny. What a good guy. 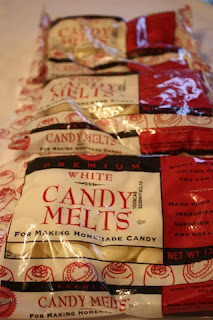 After the required two hours of cooling time in the freezer I wanted to get to the fun candy melting and dying part. Seemed simple enough, I’ve done melting before but this time it went horribly wrong and I scorched the chocolate melts. Offff course… when I’m on a time crunch, things usually don’t go my way. But thankfully I thought ahead and bought a couple more bags. 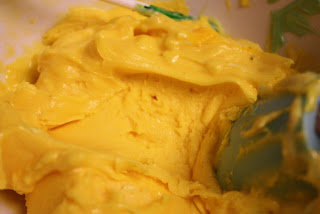 Yup, this is what scorched candy looks like. Dry paste. Ew. 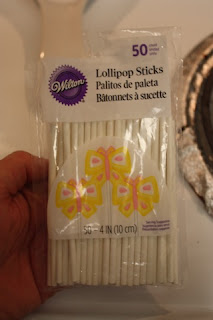 The site I was using didn’t specify that I needed to coat the lollipop sticks in candy, then insert them into the pops and Then refreeze them…so I just dug them into the cake and went to town. Whoops. 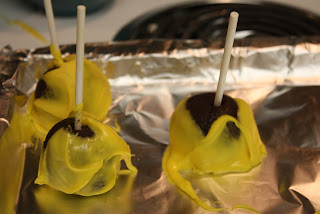 These first few turned out horribly wrong since the lolli-sticks wouldn’t stay in the pops themselves. And this is where I really started to lose my cool.
I’m not going to confirm or completely deny that a minor temper tantrum was thrown in my kitchen at this moment.
But eventually, after dipping the lolli-sticks in candy and refreezing them and not scorching the candy – I eventually persevered… 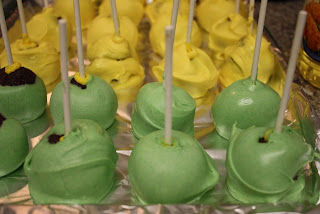 They might not be pretty (at all…), but at least for this first attempt they tasted pretty alright.