Banana bread is amazing. It’s splendid. It’s homey. How could you not like it? Unless you are allergic to bananas I suppose, which if you are, what a tragedy. I’ve been looking through recipes of old, wanting to find the perfect recipe that isn’t to gummy, but was delightfully bread-y as it should be.

When in doubt I turn to America’s Test Kitchen. Earlier last year after a Saturday morning spent on the couch with a cup of coffee and a remote I was tuned in to ATK when their entire series cookbook was on a commercial. And to top it off, the entire 10th season on DVD. How could you lose?! I am one of those people who apparently gives into “call right now and we’ll throw in the ginsu knife for free” deals…so sue me. No, don’t sue me. 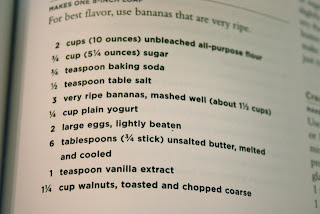 In a large bowl, mix all of the dry ingredients together. Also, preheat your oven to 350. 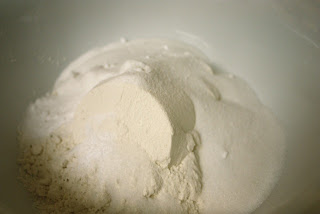 In a medium size bowl, mix together the wet ingredients. 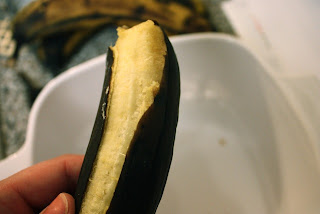 Mash up 1 1/2 cups of bananas until they are all mushy. 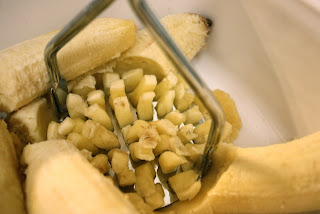 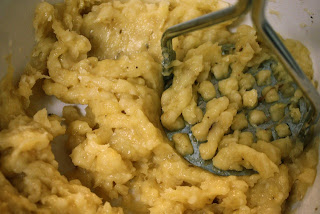 Add in 1/3 cup of plain yogurt. Or sour cream. Either one is tasty, I’ve tried it both ways and it’s equally good either way. 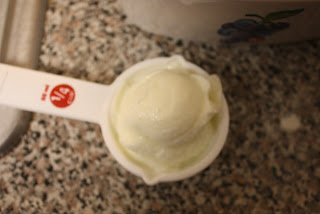 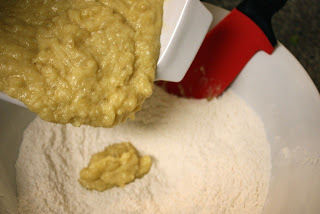 When they are all mixed seperately, fold them together until just combined. 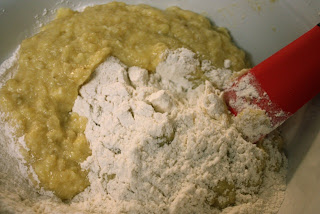 And since I’m a girl, and I’ve got those chocolately cravings right now – I tossed in about a 1/2 cup of the chips on top. Ahhhh…. 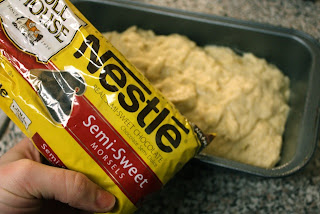 It’s just come out of the oven now, so sorry there’s not final result picture. But my apartment smells amazing, and I can’t wait til it’s cool enough to dig in. Maybe with a small scoop of vanilla ice cream?
(No, shut up Stomach – there is a wedding in your future you have to be in shape for!!)
Oh well. Banana Bread is bad enough – but it’s soooo good.