Real. Comforting. Food.
November 6, 2010
2 Comments »
Huck is a special boy, for multiple reasons. The least of which is his laundry list of allergies. Between the four types of trees, fives types of grass, being allergic to dust, and wait for it…feathers – there isn’t much he’s really not allergic too. These are just the environmental factors mind you.
But after the above list I have to consider what other types of food allergies this poor squishy faced mutt might have as well. We visited the doggie allergist again just this week after a large flair up that’s lasted the last couple months. So how Huck is back on all the now “regular” meds, plus an extra this time around. Wooo. For a gift pup, he’s sure expensive! (But he’s “the kid” and even after all this – he’s cheaper than a two legged child.)
For a treat for him, hoping to cut down on extra allergies that might be lingering in my prepackaged already made treats I bought him, I whipped up some Pumpkin Pupper Treats.
They are super easy with things most people have around the house during the fall time, pumpkin especially when you’re prepping those covetted pumpkin pies around Thanksgiving.
Begin by preheating your oven to 350. 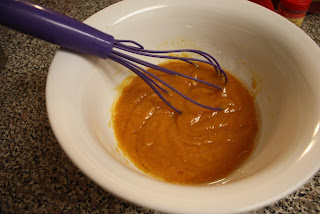 Begin by mixing 2/3 cup of pureed pumpkin and 2 1/2 tablespoons of Veggie Oil together. 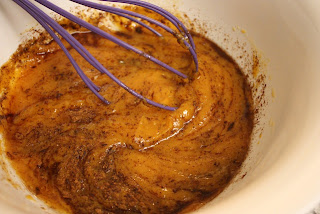 Add in a 1/2 teaspoon of cinnamon in and whisk gingerly until throughly mixed. 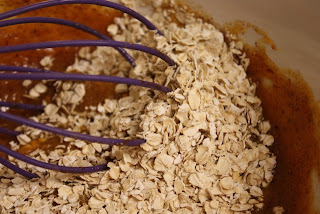 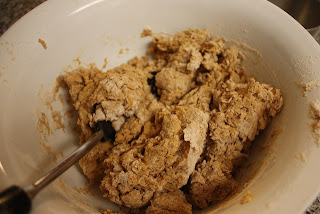 To finish combing, add in 1/2 cup of water. It’s going to be very thick, but make sure it’s all nicely rolled together.
Roll out to 1/3 inch thickness and cut into doggie bones. Use a cookie cutter if you have one. 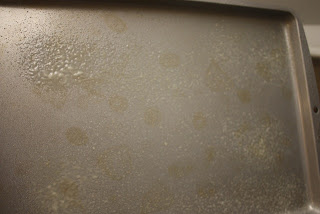 Spray pan down with cooking spray. I love the Crisco spray with added flour. It’s wonderful, not to mention time saving and mess-preventing. 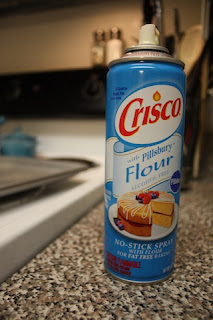 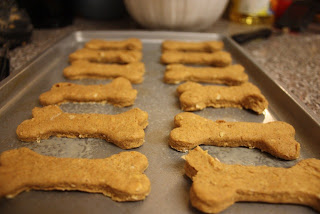 Place on baking sheets, continuing to roll out the dough and make more treats until all the dough is gone. 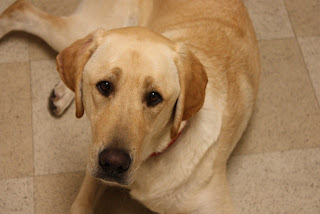 Since it has no egg, I gave some of it to the very patient pup I was tripping over as he lay in the kitchen.
Look at those sad seal-eyes – how can you not give in to those?! 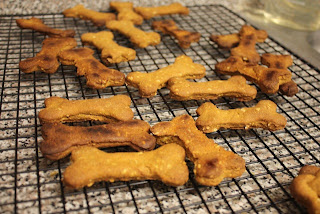 Bake for 35-40 minutes until golden brown. I accidentally left them in a few minutes longer and they got a little more crunchy. Woops.
But all the same. They taste great to the dog, he’s wolfed down five already.
You can’t beat homemade, healthy and pupper friendly. 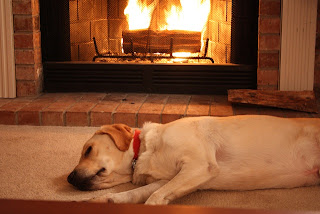 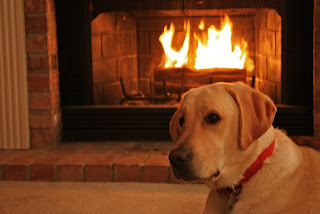