Real. Comforting. Food.
November 16, 2010
2 Comments »
I’ve been craving a homemade Czech dinner lately. With all the clouds that have descended over Seattle, and the fact that my mother put the thought of dumplings into my head – I had no other choice than to make a mini-Czech Dinner tonight after work.
Pork shoulder was on sale and I bagged a couple of red cabbages and went to town!
Last year my mom taught me the proper way to make dumplings, and despite the basic ingredients of flour, salt, yeast, milk, egg and sugar they can be surprisingly touchy.
But one part is surprisingly easy – Czech Red Cabbage. I’ve posted it to my Tasty Kitchen profile, so check it out and feel free to rate it and be all judgy. I love constructive criticism, it makes a good cook better. Well, be slightly gentle I do cry easily. 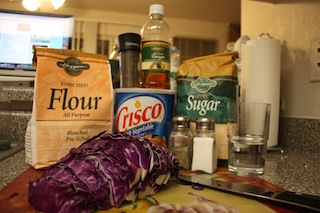 Here are all the ingredients you will need for your Red Cabbage. Simple enough and found in most kitchens, but not too many people have cabbage around, so do yourself a favor and buy a head of this gorgeously purple oddity. 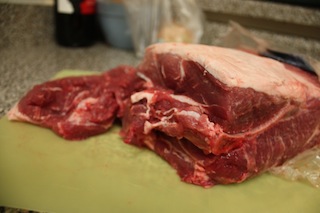 Here is the pork shoulder – bone in. I sliced off a small slab of it since after all, I’m cooking for just me.
The rest I wrapped up tightly for a deep freeze for a few days until I have time to make the rest of it this weekend. 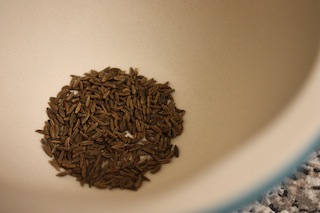 The best part of the Czech pork shoulder is the carraway seeds. I dumped about a half teaspoon into my gorgeous Mortor and Pestle that my bestie gave me for my birthday. Releasing all those yummies with a slight crushing is the best thing you can do for yourself in this process. 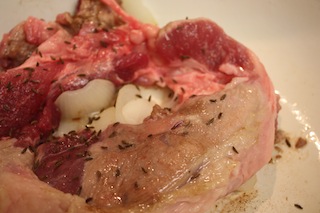 Heat up a stove and oven worthy pan (enameled or seasoned cast iron is perfect), with a little oil.
When it’s heated throughly add some slightly salted pork and onion to the pan.
Brown on all sides and then place pot into an over heated to 375. Cook until the meat is falling off the bone. After that you will peel it all apart and set it on a lipped cookie sheet. Toss back into the oven until a nice crust forms on the outside of all the meat. Seal in that juice and render a bit more of that fat.
What’s left in the pan after the first initial bake in the oven should be saved for a good gravy.
(For your gravy, add all the fat, juices and seasoning to your large cast iron pan. Add a small amount of flour to make a rue, and gradually add small amounts of water to it until it gets to the proper consistency.) 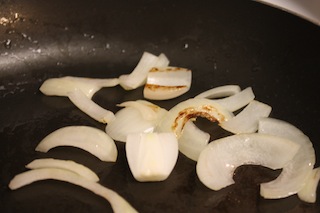 In this pan I heated up some onions for the red cabbage. 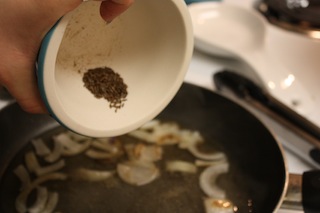 After that, I added more carraway seeds and the necessary sugar, apple cider vinegar, water, and S&P. When this is brought to a boil add your sliced red cabbage. 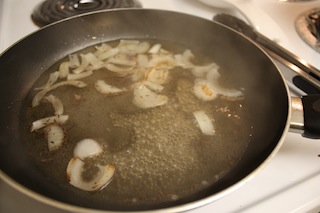 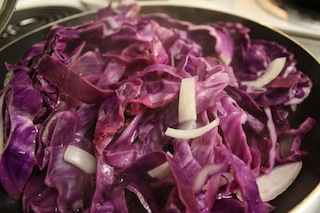 These sliced up pieces need to be steamed and wilted for 30 minutes, rotated and turned over every 5 minutes or so.
When the cabbage was sufficiently started, I wanted to make sure I got a move on the Knedelkis – or dumplings.
For the full recipe, check it out again on Tasty Kitchen – HERE.
The most important thing you have to remember about Knedelkis, is that the yeast has to set up properly, Don’t Overmix the Dumpling Dough, use a wooden spoon, and have a large pot of water at a rolling boil for the entirety of this project. 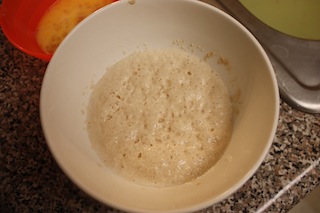 Here’s a seven minute set on the yeast mixture. A good tip for this is the let is set while your oven is on. 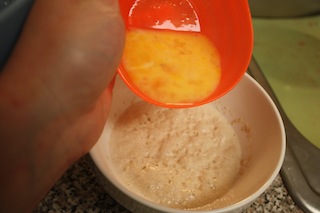 Beat and egg and yolk into the yeast gently. 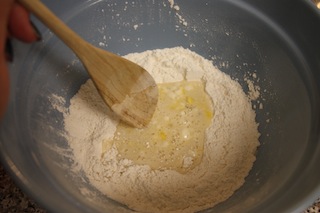 Add the yeast and egg mixture into the well of your flour and salt. 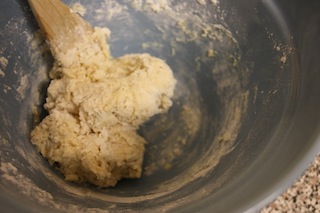 Mix until just combined. Notice – wooden spoon. This really is a must, don’t ask me why but it is. 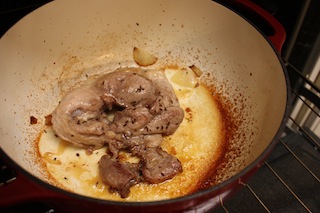 See what I was talking about with that pork slab? This is halfway through the process. 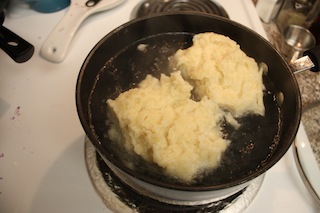 After the rising of the yeasts and then another rise on the dough that you just mixed, place small dumpling balls into the large pot of boiling water. If the yeast was set properly and the dough was allowed to rise, the dumplings will float in the water. 10 minutes on each side and they are done. Immediately take them out and slice them with a good sharp knife. If they aren’t cut and allowed to start to cool, they will keep cooking and become tough. 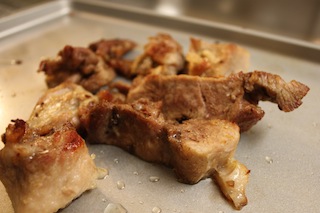 Here is the meat just before it’s roasted again. 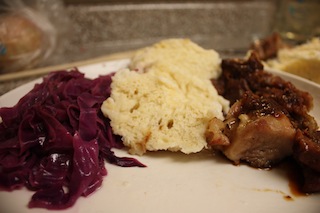 After all is said and done – this is the result. The best way to enjoy this meal is to have a little bit of each on a fork. It sure won’t make you pretty to look at while you got it all stuffed in your face – but it is the way to go for any self respecting foodie. Good looks be danged when you got food like this to savor.

2 comments on “A Czech Dinner”