Now there is a first time for everything, like me making a roast chicken. It’s basic enough, but I’ve been scared to try it, mostly because I know when you don’t do it right, it could be tough, chewy, and the chicken boobs are dryer than the Sahara. I’ll pass.

In college, Beka was able to make a killer roast chicken, but on the one attempt she was going to teach me how to make it, there was an unfortunate incident we now refer to as the Chicken Incident. It might have involved her getting half way through teaching me how to make a chicken, which I was going to do to impress a guy I was dating, to which I ended up ditching her half way through cause he called and said he wanted to go out for dinner. Well, yes I ditched my bestie while she was trying to teach me to make a chicken, only to get subsequently dumped by the guy I was trying to impress. It was a whirlwind of karma kicking me all the way around.

We laugh about it now, but maybe the aftermath has also subsequently left me with bad memories and an ill will towards cooking my own roasted chicken…

But last night for the first time, I did it!! And a big thank you to my America’s Test Kitchen obsession that helped me through.

To add to the overall dinner, I cracked open my new “Cuisine Holiday Menus” magazine for a good, hearty Bacon Roasted Potatoes with Parm and Garlic Vinaigrette recipe. Boy howdy, it was to die for. 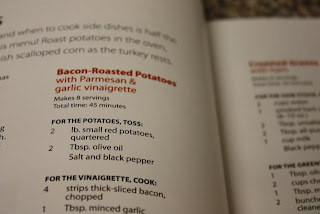 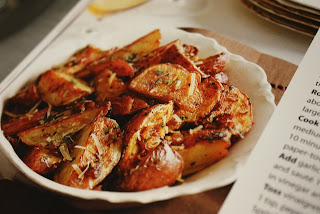 This is what it was supposed to look like, and I think in the end it turned out pretty similar, minus all the proper lighting, and food arranging. 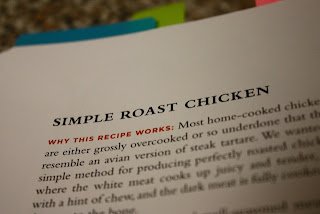 Now here’s a shot straight out of my ATK Complete Series cookbook. It’s brilliant when they can simply explain why their recipes work. Giving this fairly incompetent cook an explanation and understanding of things goes a Long Way to the overall success of my endeavors. 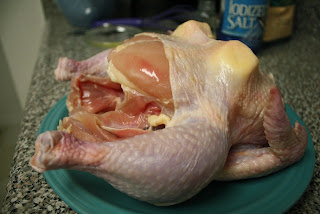 Best Trick Ever? Brining you chicken in 8 quarts of water with 1/2 cup of sugar and 1/2 salt. Let sit for one hour in the fridge, pat dry and then toss 1 tablespoon of softened butter under the skin of each chicken boob.
Is it just me, or does this chicken start resembling some sort of Star Wars alien from some weird planet? 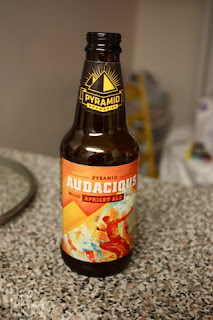 Next, I added a beer to the equation. For me, not for the chicken. 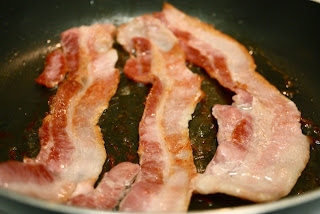 And the cooking of the potatoes began. Bacon makes EVERYTHING better. 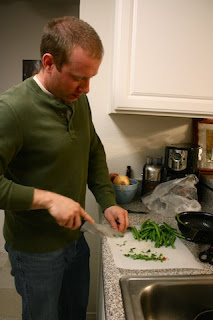 Next, I hired Ben to take charge of the green beans. 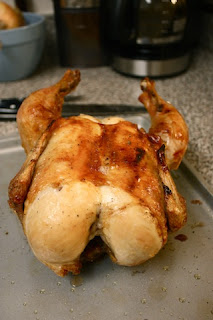 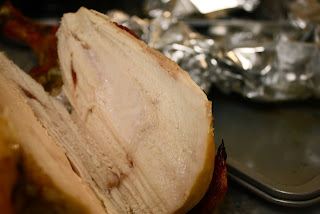 Look at that carved bird? It’s juicy and perfectly done. 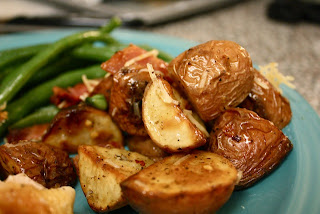 If you think the chicken looked yummy, the potatoes look fabulous, too. They tasted mighty nice as well. Who cares if they don’t look Just like the picture? 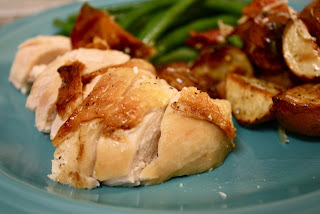 It was a great end to my first roast chicken. This was totally a WIN!!
Now, as a side note. I realize the draw of the store bought already roast chickens, like the ones I saw at Costco yesterday. For 5 bucks you could buy one already done and crisped nicely. This adventure was more than 5 bucks. But to know that I could do this on my own was worth the extra couple of overall bucks.

« Previous PostPumpkin Patch Up!!
Next Post » Because the Apples Were On Sale…

2 comments on “Megan vs. the Roast Chicken”