Last weekend I bought 12 pounds of apples, honeycrisps no less. And I needed a project. Apple butter seemed like a perfect project, but I wanted to do something a little different to change it up just a bit. So what better way to change things up than to add some alcohol to it.

At least this addition was solely for flavoring purposes, after the cooking process the alcohol was all gone, but the smokey warm aroma remained. 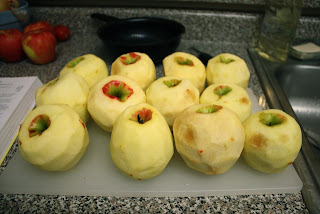 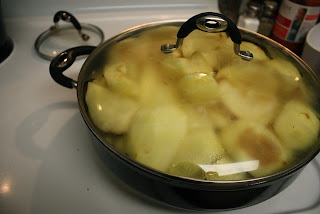 And trying to fit 6 pounds of apples into a large pan was a bit difficult, but with some squishing and finesse – it worked and they steamed away. 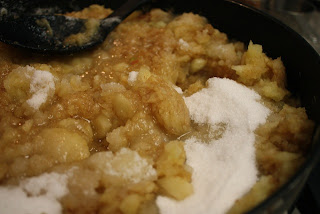 After the apples received their proper steam, they got pureed and sugared from here ’til Tuesday. Oh hey, it’s Tuesday! (You get the point.) But instead of adding the 5 cups of sugar, I added four and 1 cup of Jack Daniels whiskey. When cooked down it added it’s flavor and the appropriate equivalent of sugar. 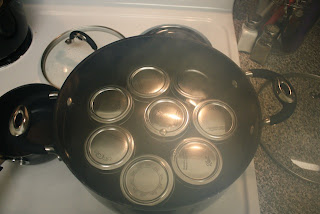 When all was jarred and sealed, it made way more than the 8 8-oz jars that it said it would. 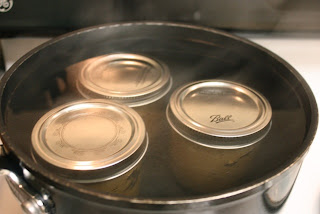 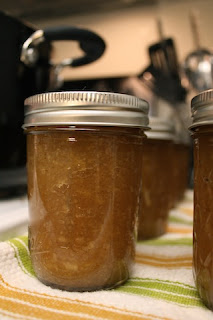 But no matter, all the more joy and warm bourbon-y apple yumminess to pass around.
I can’t wait until it cools down so I can dig in- they’re popping away and being big teases!!

« Previous PostMegan vs. the Roast Chicken
Next Post » Twofer Party

2 comments on “Because the Apples Were On Sale…”