A National Lentil Festival? Seriously? Well, yes!! As odd as a festival to lentils might be, there are probably a whole lots more weird festivals elsewhere…
And considering that in 1990, 98% of the entire country’s lentils were grown in Whitman County, WA – were Pullman is located – it does give us something to celebrate.

Each year, the festival lasts an entire weekend packed full of activies for all members of the community, including a lentil cookoff. Ben’s sister Michelle submitted a fantastic (and I do mean fantastic) recipe for a Lentil Spice Cheesecake. Talk about original, ingenius, and absolutely scrumptious. During the preliminary  rounds of judging, Michelle ended up winning the “Lentil Haters” category. By winning this however – it meant that she would not be allowed to participate in the main competition and cookoff.

How on earth does That work?? You win your category but don’t move on? Needless to say we were all very sad about this, since that was perhaps one of the best cheesecakes I’ve ever had – seriously.

We all set off on the way to the cook off, ready to see what the “competition” had to offer. 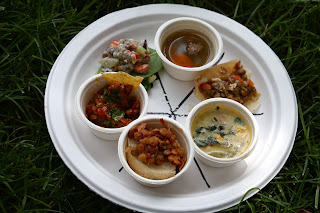 Now I”m not saying that these dishes were bad per se – just that Michelle’s was better, more creative and thoughful.
On the plate there was a dip, two soups, a tartlette, a salad, and a jerk lentil sandwich. 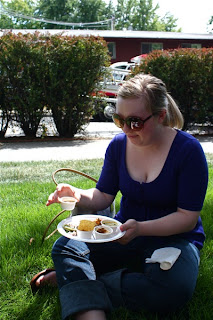 The salad, none of us were much of a fan of – as expressed in Michelle’s expression. 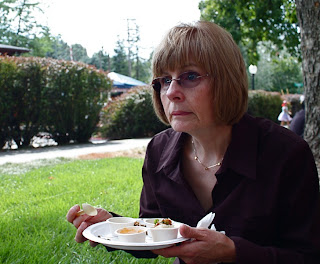 And the Caribbean Slider was not a big hit either, as shown by Sandy, Ben’s madre. 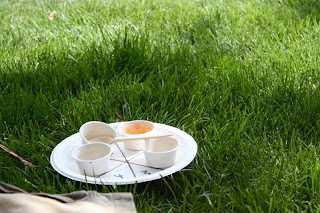 But we ate it all, experienced it…
The winner for us was the Lentil Tartlette.
But our favorites from the day were not apart of the cookoff. The best dishes of all were the Palouse Crunch Ice Cream, with lentils and crunchies mixed in, and the Red Lentil Ball, with herbs and veggies. 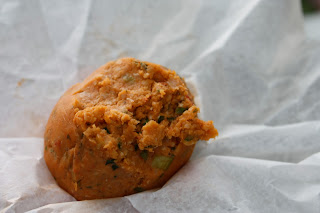 All in all it was a good food filled Saturday afternoon.
And now – for a nap.

2 comments on “The National Lentil Festival”