It’s never an easy thing to go through, losing someone you care about. Now given that the person lost was not my partner, my parent, or sibling, it doesn’t mean that the loss of that person is any less painful when you’ve known that person your whole life.

This person, or rather persons that were lost were at different times, but they were a couple that every couple should aspire to be. John and Ruby Piper were a love story for the ages. They may not have been Helen of Troy and Paris, Romeo and Juliet, or some other mythical or folklorish tale, but to those who knew them knew that there was not one of them without the other. 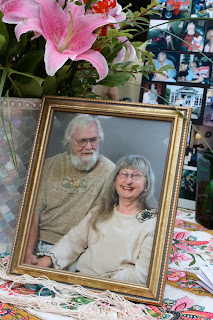 John and Ruby were two people who’s names were synomomous with eachother, you really couldn’t seperate them. It was fact. Hippies through and through, and the nicest people you could ever meet. If you wanted the honest truth, you got it. And if you needed a friend, you got it.

Ruby passing from cancer three years ago was a tragic event. But being eachother’s person, John stuck with her to the bitter end, lettng her slip away in his arms – cradling her until she was no more. Never being a man of too many words but a jovial sort, it was heart wrenching to see a man like him brought to tears and watch his heart crumble in front of you. Without Ruby, John too was no more.

John’s heart took him away from us just before Thanksgiving last year. Many thinking it was a long time coming since he was not himself without his soulmate by his side. And many, myself included, thinking it was almost a relief because he finally got to be with Ruby again for all eternity. None were to selfish to be overly sad at him leaving us, because all here today widely acknowledge that he is now where he truely needed to be – with Ruby again.

And to see how many lives were touched by these two incredible people, those who had such hilarious and moving stories about them both, and the small community they changed.  A piece of their property will now be commmuted to a park in Tokeland, WA (fitting residence for a couple of hippies like themselves). 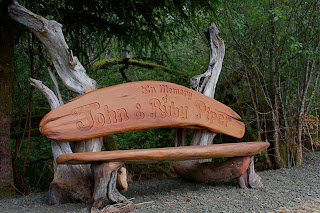 This was constructed by one of the local boys, to be located on the property to be turned into the park.  A touching eternal tribute to so those who passed by would always remember them and what they helped build in that neighborhood. 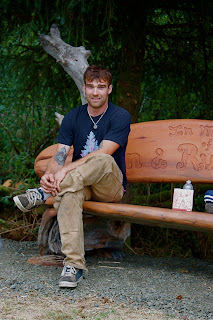 This is the man that constructed this landmark. He lived nearby, visiting John, helping him out when he was without Ruby anymore. And like everyone else, having special treasured memories and laughs to share with us all. 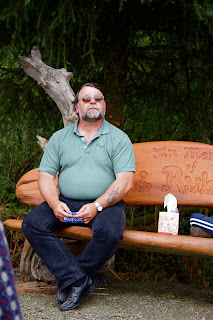 Without these two wonderful people who have helped so many, including my dad who considered John his best friend, many don’t know where they would be without the Pipers.

We all have the people who have touched our hearts in so many ways. It’s a reminder to tell those everyday that you love them and be there for them just as they have been there for you. You just never know when you’d get another chance.

And most of all, when you love someone never let them go. Love is something to be rejoiced in, embraced and held tight – because there is never enough of it to go around. 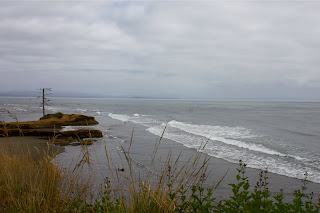