Real. Comforting. Food.
September 6, 2011
17 Comments »
Some days you just have to claim victory.
Today is my victory day.
I am claiming a creamy, icy, summer, delicious, fall down over your chin victory with this peach custard ice cream. 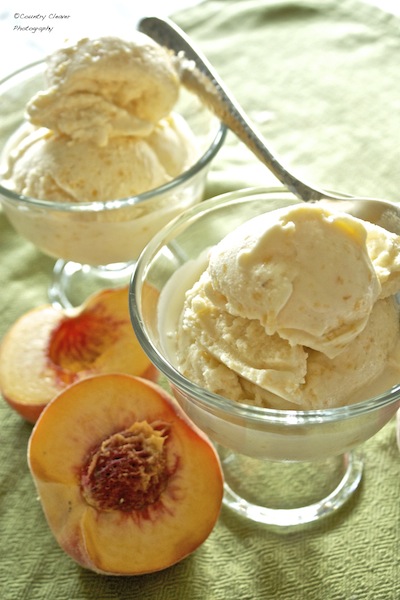 Last week one of my coworkers brought me in an entire grocery bag full of peaches from his very own tree, plopped them down on my desk and told me to go to town.
Don’t mind if I do!
But with so many of them, I had to find multiple uses for these fuzzy beauties. First on the list – ice cream. Am I the only one who finds peaches the epitome of summer? I imagine an expansive wrap around porch on a southern plantation, gobbling up a peach as quick as I can, savoring every bit but trying to avoid the inevitable dribbling of the juice down my chin. All I need next is a mint julep.
With ice cream, I figured I can hold onto that summer peach feeling a little longer while preserved in creamy frozen awesomness. Yup, it’s a word – look it up.
For your grocery list be sure to include:
~ 2 cups Whole Milk
~ 2 cups Half and Half
~ 1 cups sugar, divided
~ Pinch of Salt
~ 2 ½ cups Peaches, pureed
~ 1 Tbsp. Vanilla Extract
~ 5 large egg yolks
Yesterday I put the ice cream maker’s freezing bowl into the freezer anxiously anticipating today’s ice cream making cahoots. It’s just too darn bad it takes so long for that thing to freeze, because I was on tanterhooks all night.
To further exacerbate the anticipation, I had to whip together the cream and egg base for the custard. Over medium heat the milk, half and half, 1/2 cup of the sugar, salt and vanilla were mixed together until they just barely began to boil. 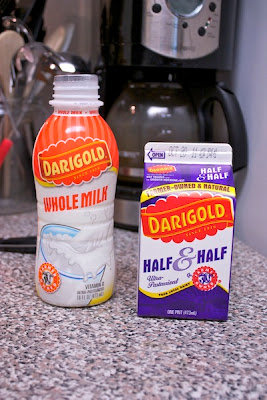 While waiting for my excruciatingly slow burner to heat my milk, I got to pureeing the peaches. Each one was peeled, halved, seeded and diced to fit into the processor. With about 5 pulses, it was ready for business. They were set aside for later. 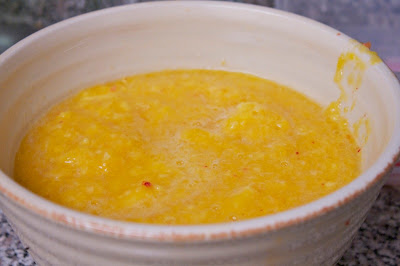 In another small bowl, the egg yolks and second half cup of sugar were whisked together until the sugar dissolved and it all became a thick paste. The most glorious color of butter yellow it was. I’d paint my walls this color. 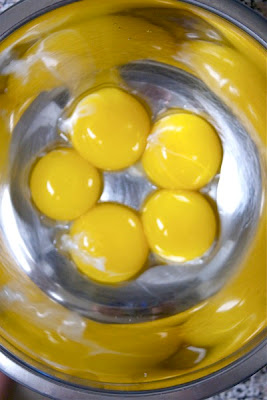 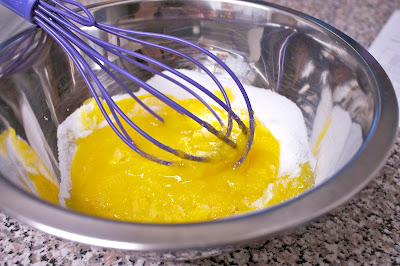 When the milk/cream finally began to just boil, the eggs were tempered with 1/3 of the cream/milk and whisked until incorporated. I repeated it with another 1/3 of the cream/milk and then poured the whole kit and caboodle back into the sauce pan for another round of heating.
This time, over medium-low heat the egg/cream mixture was heated until it began to thicken just enough to cover the back of my spoon.
This is one of those times to be vigilant and not go paint your nails…If your eggs start to boil, they’ll cook and curdle leaving you with an over done mess and having to start over.
Once they had just started to become thick, the peaches and egg mixture were combined into a fridge friendly bowl, folded together, covered and placed into the fridge for a nice long sleep in the cold.
Agony! This waiting was torturous. A spoonful of it sent me into a tailspin of woefulness over the utterly slow passing of time. 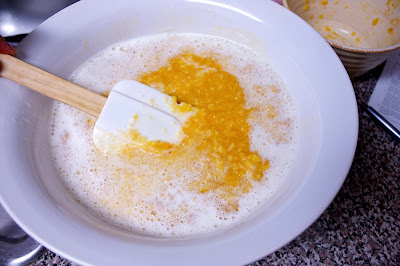 So this morning, finally, the frozen bowl and chilled mixture were removed from their respective chilling places and melded together to create utter glory. 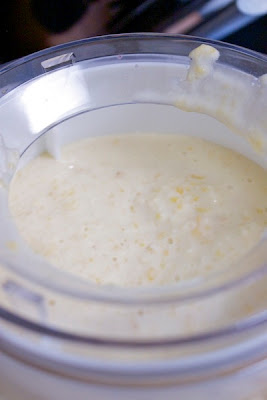 With 20 minutes in the ice cream maker it was all ready to go. FINALLY! And now with Ben being gone, I’m trying to not let my self-control get the better of me and save enough for him when he comes home next week. This is going to be a battle of epic proportions, me against self control and instant gratification. Pray for me.
With that being said – go make this. Your porch swinging, Southern-drawling alter ego will thank you.
PRINTER FRIENDLY RECIPE 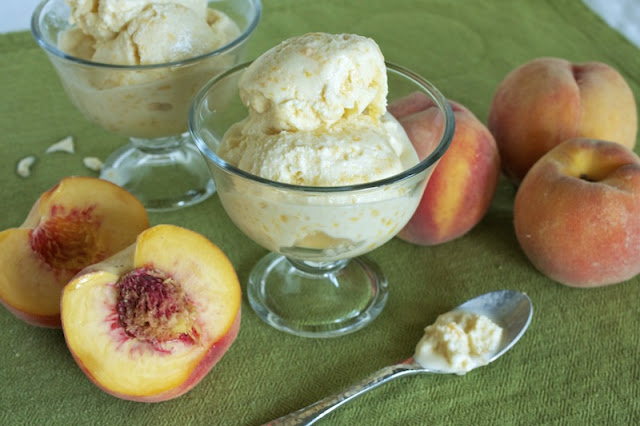