Real. Comforting. Food.
August 23, 2011
18 Comments »
The epitome of one’s childhood culinary excellence revolves around four little ingredients – cheese, noodles, butter and cream. That’s what makes a kids world go ’round. Well, mac and cheese with hotdogs, too.
Now sure, we may have grown up living off the creaminess of Kraft boxed macaroni and cheese, but as we grow up and “mature” (I say that with the loosest of terms)…our tastes change and we are left unsatisfied by the lack of imagination that a cardboard box can provide.
Enter here – crab.
And bacon. For goodness sake, don’t forget the bacon. 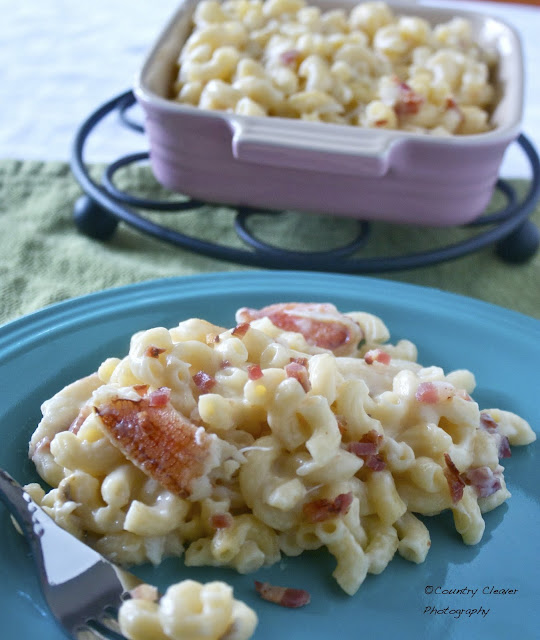 The recipe is quick enough for a week night meal and satisfies everything that the grown-up palette needs to survive.
And if you are a seafood lover at all – this one is right up your alley.
For the second to last America’s Test Kitchen Blogger Challenge, I wanted to makes sure I had an ace up my sleeve. Using their well researched and “they’ve done all the hard work, so I just have to make it” easy reproducible techniques I was able to make my dish incredible. A few substitutions here and there from their perfected Classic Macaroni and Cheese recipe and wham-oh, a carbo-holics dream on a plate. 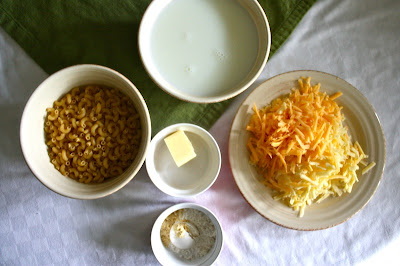 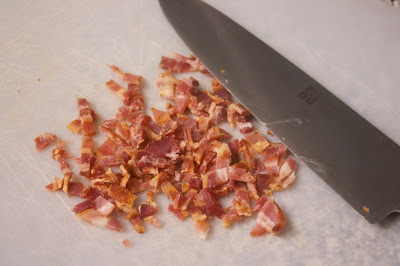 Here lay the bacon, chopped, ready and waiting. You tell me if you can keep your hands off those little pieces of bacon. One little tidbit here and there won’t hurt ya, until you realize you devoured the whole pile and had to chop more…
In my dutch oven I brought to a boil about 6 cups of water, and cooked the elbow pastas until al dente – 7-ish minutes. After I drained them and avoided the almost-inevitable steam burns, they were set aside and covered with foil to keep warm.
With an empty and still hot dutch oven, I threw in the butter bringing it to a simmer. 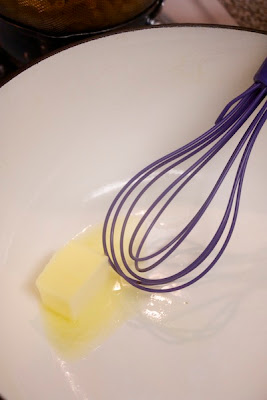 After letting it foam and bubble away for a minute or two, the flour and mustard was added in to create a rue. 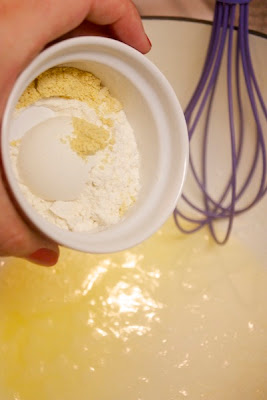 Over medium heat the mixture was whisked into submission until a golden brown color just began to appear. When it had reached it’s heavenly state, the 2 1/2 cups of milk was tempered in and brought to a boil.
To ensure proper thickening of your rue, make sure you bring your sauce to a boil! I can’t count the times, that out of sheer fear of scorching milk I didn’t bring it to a boil and regretted the results.
And hey, what’s the worse that could happen? You just toss it and start over!
Cooking is an endless learning experience. True story. 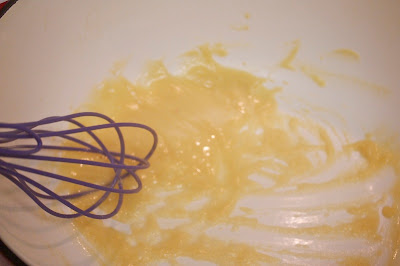 Once the milk had reached a boil, it was turned down to a slow simmer and whisked until it resembled a nice heavy cream. Proper thickening at it’s finest, and a minor victory for me.
To this glorious sauce, the cheese is added. I don’t know about you, but I love cheese. Cheese and carbs is where it is at. Hello, my name is Megan and I’m a cheese and carb-ohlic. I swear it’s a problem passed down through one’s mother. Thanks, Ma!
I decided to go the way of the cheddar for this recipe, tossing in three varieties, two yellows and one white. The smoked cheddar added a fun flavor to the mac, not overpowering the dish but letting its presence be known. 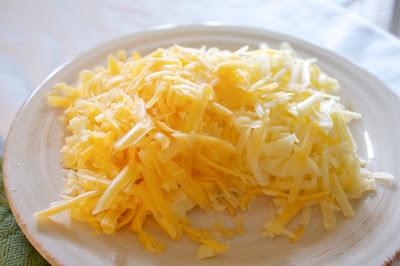 Into the pot they all went, being whisked away and melted into a oblivion. 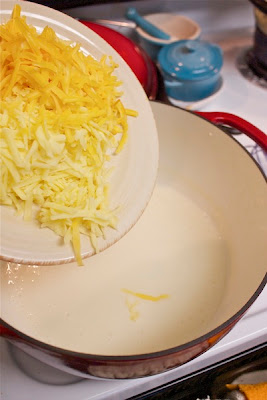 When it was thickened again after about 3 minutes, I unceremoniously dumped in the noodles and bacon ready to plunge my face in and not resurface for air. But I refrained….it was so tough. 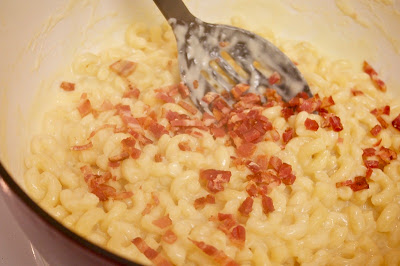 Last of all was the crab. Being from Seattle, where we have seafood aplenty I had to buy the real thing – dungeness. No cheating here! The use of “Krab” with a “K” would be a sin – do it for yourself and buy the real deal.
The 6 ounces of lump meat that I procured was perfectly portioned for this dish, giving you a little bit of crab and a little bit of cheesy noodles all in one bite. 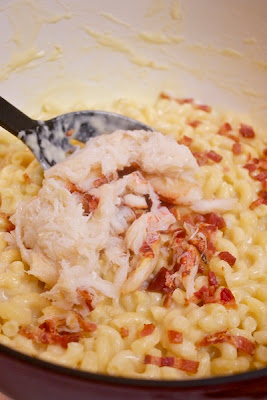 Once it’s in there, you can do one of two things. Top it with a few breadcrumbs and broil it until golden, or just hoover it straight away.
I opted for the later. I couldn’t resist.
So there you have it. A quick, easy, simply delicious meal that will bring out the kid in you…with a slightly more mature palette of course.
PRINTER FRIENDLY RECIPE

« Previous PostSummer Berry (Icebox) Pie and a GIVEAWAY
Next Post » The Boise Food Scene – aka – I Am a Glutton.

18 comments on “The Stuff Sins Are Made Of….Crab Mac ‘n Cheese”