This last week has been “one of those weeks”. It’s not that anything has gone particularly wrong – only my posset that I meant to share with you yesterday for the (supposedly) weekly post I’m doing for the countdown to the Royal Wedding. But by the time I actually got home last night, it was all I could do to stumble into the door and promptly into bed.

So, let’s recap. Last week I chronicled the disaster that was my crumpets. Whoops. And this week, my main goal was to prepare and epically delicious tangerine and lemon posset – another traditional english dessert. Alas, it did not go quite as planned. I’m batting 0 and 2 right now. Oi Vie. Where has my mojo gone? 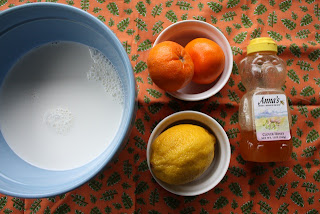 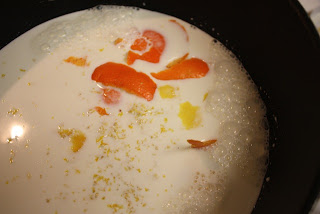 I poured the zest, juice and cream together and let it come to a quick boil. Letting it steep afterward for 30 minutes. 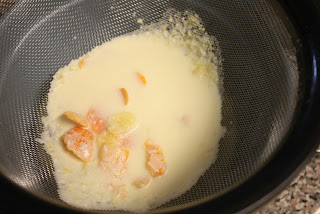 After straining the milk to get the zest/rine, and any small chunks that’d formed out of the milk it went back to the pan for another quick boil with the addition of the honey for sweetening. 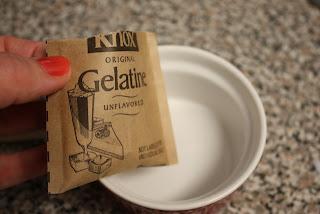 It sure didn’t seem to be setting up right, so I figured I had to add a bit of gelatin to it. It seemed the only way. Gah!! 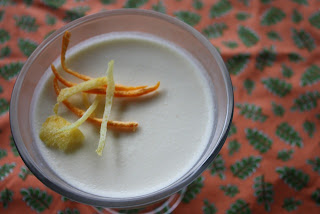 After letting it set in the fridge for a couple of hours I thought I was in the clear….until, 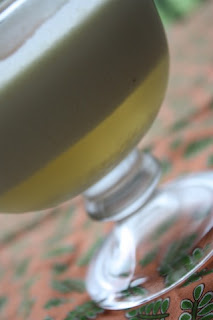 I looked at the bottom and realized it had separated. Flustered, frazzled, irked and irritated – I dug a spoon out of the drawer and tried it anyway. The idea is simple and delicious, my execution however was flawed.
After a bit more research you will find that the fat content of half and half is not nearly the content you need for something like this. Heavy whipping cream is much better, nearly 30-40% butter fat. Go figure. Double Cream, like is traditionally required, is hard to come by in the States. While I was in town yesterday I was able to pick some up – but it was $7 bucks for a half cup of it…this is not condusive for the shoestring chef.
But alas – determination is key and I will persevere! Posset will not beat me.
Although this was a miserable failure (again), there is something that will surely brighten your spirits as it did mine. If you can’t be at the Royal Wedding or aren’t crazy enough like me to be taking the day off work to watch it live on TV – here is a taste of what you will be missing…
Now, I have a posset to crush and put in it’s place.