Today was, apparently, a day that I felt like riding an emotional roller coaster. It was my first day touring DC on my own, since naturally being a Monday, Sara and Ryan had to go to work. Funny how you have to work to bring home a paycheck. But nonetheless, it was a successful day.

I made the loop around the Memorials and a couple of museums. It all started when I got off the Metro at the Smithsonian and went to the Holocaust Museum. As I walked there I was trying to get my emotions in check and ready for what I was going to witness. When walking in you are given a card with the name, picture and information of an actual person who was interred at one of the concentration camps. When I opened it up, I began to shake when I read the woman’s country of origin – Czechoslovakia. My mom and grandparents immigrated to the US in ’69 during the Russian Occupation, and my Great Grandmother and family were left behind. So seeing a person from my ancestral home being taken away and potentially killed because of who she was, made me shake and then tear up. I’d never felt such sorrow like this.

It was truely taxing, and seeing the artifacts and railcars that transported these people can’t be described. The rail car itself was to put it plainly – terrifying. To get to the other side of the exhibit, you had to walk through an actual railcar that was used by the Nazis. I stood there in horror of walking through it, and all but ran to the other side with my knees going weak as I crossed through.

At the end of the tour, I opened my panphlet to read the rest of the history of the woman who’s card I collected at the beginning of the tour. She did not make it. Having either been exterminated or killed due to intesne labor, she died either way. A tragedy when you know the name and see a picture of an actual person done away with like she didn’t matter. But now, although gone, she (Alice Krakauerova Seelenfrideova) matters to me.

After this I emerged and made my way to the WWII memorial, running into a group of WWII veterans in DC for the day as part of the Dow company’s Honor Flight. These men were only here for a day, all from Texas. They were so welcoming to the pictures I took of them, and the ones I had conversations were uplifting and heartwarming. They told me stories and we shared tears – I couldn’t have wished for anything greater. 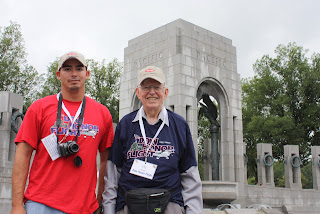 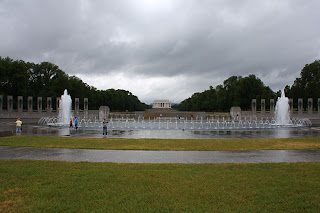 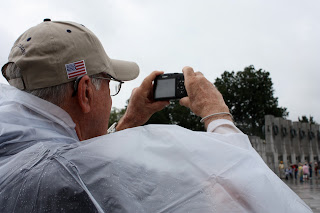 Around the horn to the next set of memorials I treked to the Vietnam memorial to look upon the wall of names. Roses, wreaths, and mementos of those fallen were laid there.  One even had the commissioning pictures and arm patch of a fallen solider. When a face is put with a name it takes on a whole new meaning. 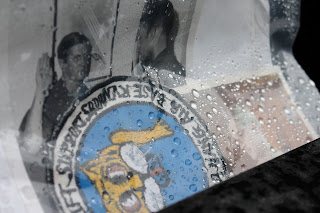 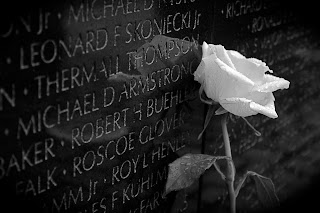 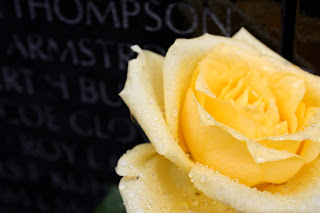 Visiting Ol’ Abe was next. And as I stood there Marine One was taking flight right past the Monument. Spectacular to see!! 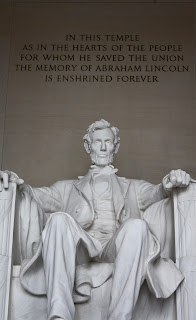 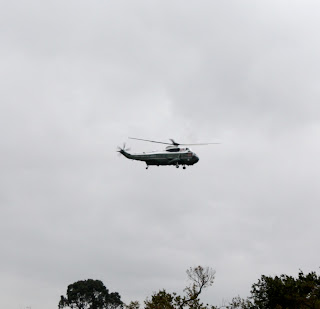 And boy howdy does Abe have a Great View!! 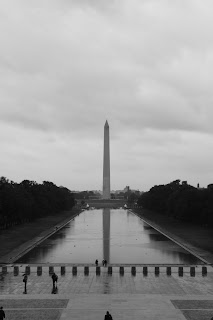 The final leg of the loop took me to the Korean War Memorial and the Nurses Memorial.
Both were eerie and haunting. 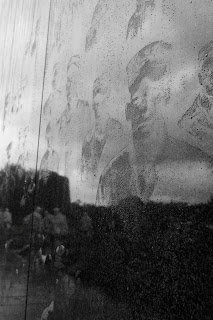 The etchings of the those who served were haunting. And the reflections of the statues behind there made it seem as though you could look through time.
And the nurses memorial as incredible to say the least. The care and compassion these women espoused was a power that would make you stop in your tracks. In this statue you could see it seeping through. 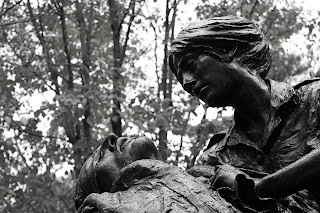 Flowers were laid at the foot of this memorial, by someone who knew theses nurses stories personally. Perhaps their lives were saved because of the courageous spirit of these women. 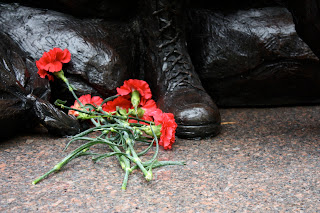 This was a momentous day for me. I’m so thankful I was able to see these sites at a time when I could truely appreciate the gravity of what the represent.
Maybe now I can let go of the fact that my mom didn’t let me come to DC with my 8th grade class…I now know that it wouldn’t have meant the same thing then as it does today.

2 comments on “Memorials of DC”